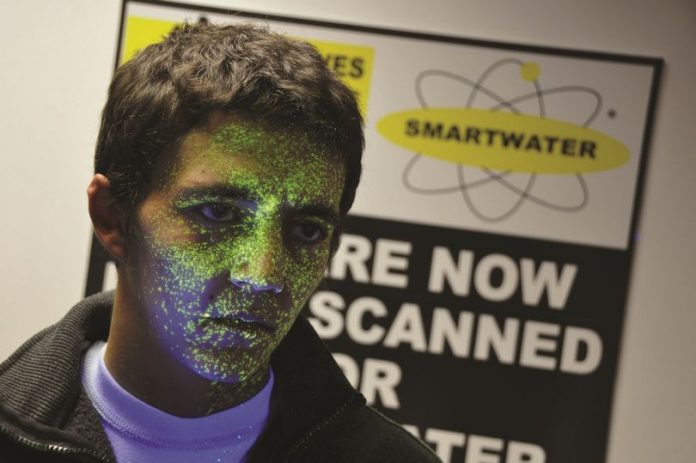 Manchester based Co-op food stores are at forefront of forensic first to cut ATM crime in communities.

A programme to splash the cash and criminals if ATM’s come under attack is being rolled-out UK-wide after slashing crime by more than 90%.

The Co-op has teamed-up with award-winning forensic technology company SmartWater to roll-out the new deterrent which links criminals back to the scene of a crime.

SmartWater has adapted its dispersal technology to ensure that criminals and stolen cash are marked with invisible gel. With a reduction in ATM crime of more than 90% when the technology was piloted at over 300 locations in 2016, the technology is now being roll-out to all cash dispensers located at Co-op food stores across the country, approximately 2,500.

Although ATM crime methods may vary – gas attacks are generally in decline; ATM cutting offences are most prominent in the North West: Black Box offences are the key concern in London and, Drag Out offences, primarily using heavy plant, are the key concern in Eastern and East Midlands regions – the technology is effective regardless of how an ATM comes under attack. Designed by a former Police officer and his scientist brother, the unique forensic signature at each ATM increases the risk to criminals of being tracked and traced by Police following a theft, leading to conviction.

Invisible to the naked eye, an amount of gel the size of a speck of dust can provide the “solution” for forensic investigators to undertake a successful analysis and help Police with identification, with the forensic signature guaranteed to last five years.

Ashton under Lyne man sexually exploited an underage teenage girl after providing her with...