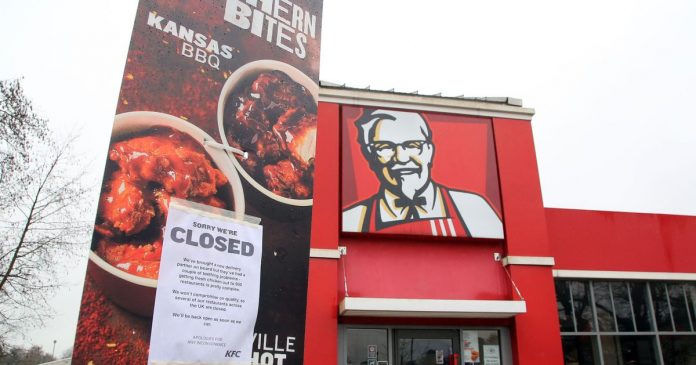 Greater Manchester police have revealed that they received a call from an angry customer whose local fast food restaurant was shut last week.

As the force reminds people to think before they call the emergency services, the call they say came from a man on Wednesday last week.

Sitting alongside 73 other 999 calls that hour alone, the man took 48 seconds to clear the line, putting lives at risk by keeping call handlers from answering real emergencies.

Starting off the phone call by saying “I’ve got an emergency here” he then goes on to explain “I don’t know how you feel about this but KFC is closed and I’m entirely not happy. I have to go to Burger King now”.

The call handler responds immediately, knowing full well her time is needed elsewhere, saying it’s not a police matter and that she is terminating the call but the man hangs on a little longer to ask who he should contact instead.

Superintendent Mark Kenny, who oversees GMP’s call handling team, said: “While some will think this is a harmless prank or joke I want to reiterate the severity of this – we had 74 calls to 999 and 154 to 101 during the hour this came in, all of which needed our full attention.

“Our hard working call handlers answered all but one of the emergency calls but 21 non-emergencies went unanswered. It’s not a stretch to say that, had this man not selfishly called for such a ridiculous reason, we would have been able to help more people who had a real reason to pick up the phone during that time.

“We work as hard as we can to answer as many calls as possible but people like this, and others who either misuse the service or call us for reasons they shouldn’t be, put real strain on our already stretched teams.

“At the same time this call came in officers were dealing with a multiple road traffic collision with people trapped, a welfare check after a disturbance in someone’s home, a large group of youths drinking and causing disturbance and the aftermath of an armed robbery, as well as other incidents. These are the things we are here to help you with, and we want to be able to.

“Please, think before you pick up the phone. Only use 999 where there’s an immediate threat to life or property, and only call 101 to report a crime that’s already happened. For anything else, take a look at our website at www.gmp.police.uk/GMP4U for tips on how to best to get in touch with the right people for your problem.”

Could do better? Manchester publishes annual State of the City report

Further money is released from the We Love Manchester fund