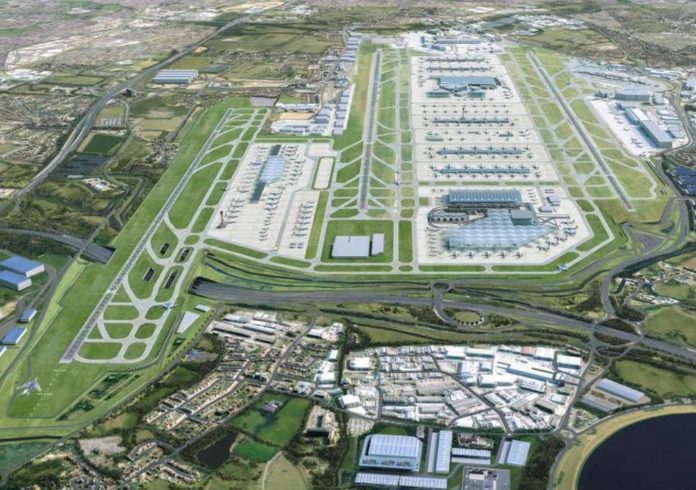 Heathrow Airport’s plans for a third runway have been thrown out by the Court of Appeal after the judge ruled that they were unlawful because it did not take climate commitments into account.

Expanding Heathrow, Britain’s biggest port and only hub, is essential to achieving the Prime Minister’s vision of global Britain. We will get it done the right way, without jeopardising the planet’s future.” said a spokesman for the airport.

Chris Fletcher, Director of Policy, Campaigns & Communications at Greater Manchester Chamber, said: “This is a momentous decision not just around the immediate impact on Heathrow but also from the precedent it sets for future projects that will affect how this country does business in the future.

“Of course it is right that new infrastructure is not only built ‘green’ but also delivers zero carbon impact. However economic growth and development must also continue to deliver jobs and prosperity across the UK. There is a balancing act to be done here and simple opposition without valid, deliverable alternatives is just not enough.”

“This decision raises a fair question of how to balance reaching the net zero target without stifling the UK’s global ambitions.
“All major projects must be consistent with net zero and it’s clear that the Government and aviation industry need to work closely to agree a robust decarbonisation plan.
“But this decision risks holding back the very investment in innovation needed to achieve that, and the ambitions of many businesses eager to benefit from greater international connectivity.
“It is vital that the Government and Heathrow work closely together to remedy the fair concerns raised by the judgement and keep this project on track. Opportunities for future trade will not wait.”

BCC Director General, Dr Adam Marshall, said: “Business communities across the UK will be bitterly disappointed that plans for a world-leading hub airport are now at risk.

“Without expansion, firms risk losing crucial regional connectivity and access to key markets across the world.

“The benefits of a third runway would extend far beyond south-east England. Hundreds of UK companies are already invested in the supply chain for expansion, and tens of thousands of additional jobs will be created if the project goes ahead.

“Heathrow and the wider aviation sector have set ambitious emissions targets, and like every industry, must continue to become greener. Britain’s future depends on investment in a modern, integrated, low-carbon transport infrastructure that keeps trade flowing while minimising environmental impacts.

“There has never been a more important time to demonstrate that Britain is open for business. The government must back Heathrow expansion unequivocally and take all necessary steps to finally move the project forward.”

Night cafe to support the homeless in Bury