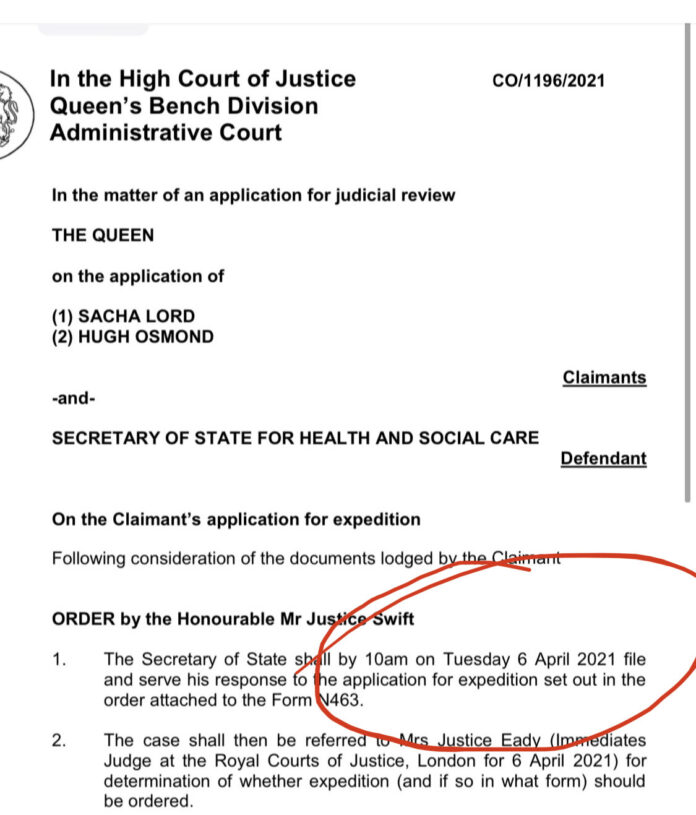 The Health Secretary Matt Hancock has been summoned to the High Court on Tuesday morning to justify the reasoning behind opening shops before pubs and other hospitality.

The order from Mr Justice Swift says that “the Secretary of State shall by 10am on Tuesday April 6 2021 file and serve his response to the application” from the pair.

Although Mr Hancock has been summoned to the High Court, it is likely that officials in his department will have to attend court on his behalf.

Focus on COVID-19 deaths in under-65’s for better insights into infection rates across populations,...

Oxford AstraZeneca vaccine reduce transmissibility of Covid by around two-thirds