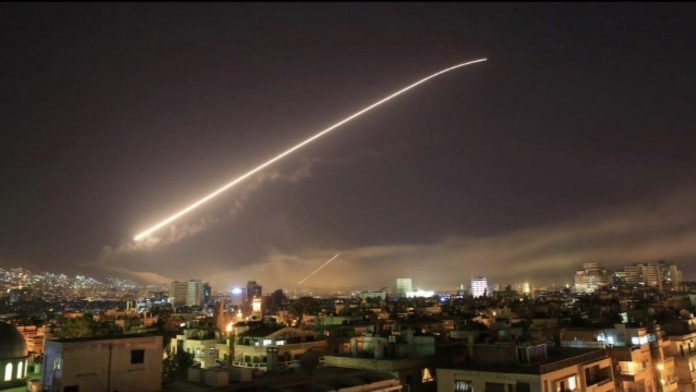 With their leader having written to Theresa May saying that Parliament should have been consulted and voted on the matter.

“The UK Prime Minister is accountable to Parliament, not to the whims of a US President.” said Jeremy Corbyn, a number of Greater Manchester’s Labour MP’s have questioned whether the Prime Minister should have waited for Parliamentary approval before joining the USA and France in punishing President Assad in the early hours of Saturday morning.

Angela Rayner MP for Ashton, Droylsden and Failsworth wrote on Twitter that:

“The majority of public opinion in the U.K. has been against the bombing of Syria. Whatever views individuals hold surely MPs from all sides of parliament should have been given the opportunity to debate and vote on such a dramatic course of action by our minority government?”

She also asked what would become now of the Organisation for the Prohibition of Chemical Weapons Fact-Finding Mission that was due to start its work on the Saturday.

”How these strikes fit into a strategy to end the use of chemical weapons should have been put to parliament and its approval sought.”

“At all times since Iraq, Parliament – by convention – was asked for approval for any action to be taken. It is absolutely right that this becomes the norm in a so-called Parliamentary democracy, and it is one of the most difficult decisions an MP will ever have to take.”

Saddleworth MP Debbie Abrahams was sceptical that the attacks would alter anything:

“What are your measures of a ‘successful’ military intervention, Prime Minister? What non-military options were considered? Why has the Govt been so ineffective over the last 7 years in work to broker peace? If the UN has been impotent, reform it #sceptical” she wrote on twitter.