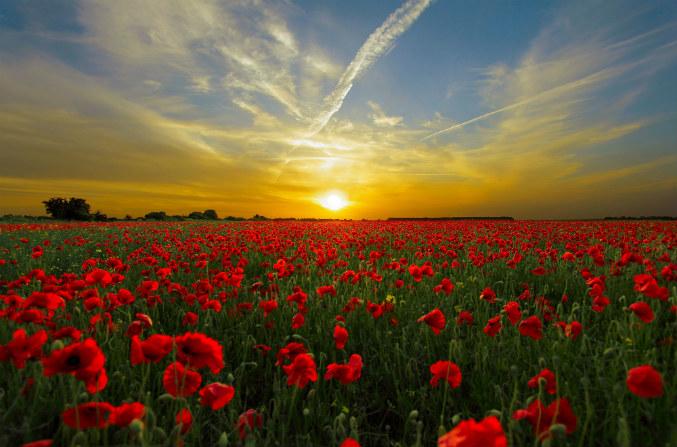 This year marks the Armistice Centenary which coincides with Remembrance Sunday  and there will be a programme of events across Greater Manchester marking a 100 years since the end of the First World War.

At 6am a lone piper at Manchester Cathedral will play Battle’s O’er. A thousand pipers across the UK and around the world will begin the day’s commemorations in the same way.

Civic dignitaries, servicemen and women, service and ex-service organisations, faith leaders and uniformed organisations, will take part in Manchester’s Remembrance Day parade  which will set off from the Radisson Hotel on Peter Street at 10.25am.

The parade will march to the Cenotaph in St Peter’s Square, opposite the Cooper Street entrance of the town hall.

Faith leaders will join the civic parade which will include representatives from the Muslim, Afro-Caribbean Christian Churches, Sikh, Hindu, Jain and Jewish communities along with clergy from the Free Church, Church of England and Catholic Church; as well as elected members, consuls and magistrates.

At 11am there will be a two minute silence, the start and end of which will be marked by the firing of a 105mm gun.

After the service, a March Past of Service Organisations will take place – outside Central Library on St Peter’s Square – which will be observed by the Lord Lieutenant, Lord Mayor, senior representatives from the Army, Royal Air Force, Royal Navy, Reserve Forces, Duke of Lancaster’s Regiment, and 207 Field Hospital.

In a symbolic way to give thanks for the end of war 100 years ago, HM Government has invited the nation’s bells to ring at 12.30pm. The act will replicate the national outpouring of relief that took place at the end of World War I as news of the Armistice filtered through and bells which had largely been silent during the conflict rang out.  In Manchester, bells at Manchester Cathedral, The Hidden Gem and other locations will be rung with gusto.

A single Bugler will sound the Last Post at Manchester Cathedral at 6.55pm. Some 1,000 individual Buglers will sound this historic tribute across the Nation and UK Overseas Territories. And at 7pm a beacon will be lit outside Manchester Cathedral. More than 1,000 Beacons of Light will be lit at locations across Britain and UK Overseas Territories,  symbolising an end to the darkness of war and a return to the light of peace.

Remembrance Sunday services in Trafford will be taking place across the borough on November 11th.

The events will give people in Trafford the chance to remember those service men and women who have given their lives in both world wars and in more recent conflicts.

The Mayor of Trafford, Councillor Tom Ross, will lead civic dignitaries at the civic service, which this year takes place at the war memorial on Chester Road, Stretford. The service will start at 10.55 am, following the arrival of the parade of uniformed organisations.

Further details can be found at www.trafford.gov.uk/remembrance

FROM November 10 to 11, the communities making up Tameside will be holding services and ceremonies to mark Remembrance Sunday.

Cllr Denise Ward, the Civic Mayor of Tameside, said: “This year’s remembrance ceremonies are more important than ever as we will be marking the exact day the armistice took effect to end the First World War.

“I urge residents to attend the special ceremonies across our borough and to pay their respects to our brave servicemen and women past and present.”

The Mayor of Stockport, Councillor Walter Brett, will lead the borough in paying respects at the Civic Act of Remembrance on the steps of Stockport War Memorial Art Gallery. At precisely 11.00am there will be a two-minute silence, starting with the Last Post. Following prayers, hymns and reflections, wreaths will be laid on the steps of the War Memorial.

Councillor Walter Brett, Mayor of Stockport, said: “This is a key opportunity to honour servicemen and women of this country and the Commonwealth who paid the ultimate price. I’d encourage Stockport residents to join us in remembering them, particularly as this year marks 100 years since the end of World War One.”

The Mayor of Wigan Borough, Councillor Sue Greensmith, will lay a wreath at the Wigan service on behalf of Wigan Borough residents.  There will be two main parades, one in Wigan town centre and one in Leigh town centre. Both will begin at 10:30am prompt.

The Wigan parade will leave the town hall on Library Street and will culminate at Wigan Parish Church. A two minutes’ silence will be observed at 11am before the Last Post is sounded.

The Leigh parade will assemble at Marsh Gymnasium on Ullswater Street and will culminate at the Cenotaph in Church Street gardens. Councillor David Molyneux, leader of Wigan Council, said: “Remembrance Sunday is always very well attended throughout the borough and I’m sure this year will be no different. “The council is committed to supporting the armed forces community and this year is particularly special as we acknowledge 100 years since World War One.

“I will attend the Ince ceremony this year and hope to see many members of the public showing their support too borough-wide.”

The parade in Wigan will be brought to attention by Parade Marshall Bill Ingham blowing a whistle. And, in acknowledgement of the centenary year, Wigan Council has arranged for a number of silhouettes to be installed on benches and pews in and around the church grounds ahead of Remembrance Sunday. `

Local community groups and councillors have also been involved in projects to install willow statues, benches and memorial gardens across the borough to commemorate the extreme bravery of those who paid the ultimate sacrifice for their country.

Bin crew heroes as they rescue man from burning house