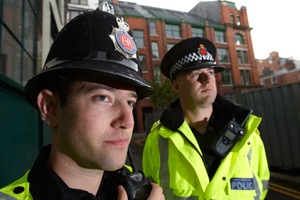 A new series with exclusive access to one of Britain’s busiest police forces, Greater Manchester Police, is launching on Sky Television next month.

The Force: Manchester is an exclusive insight into the work of the busiest English police force outside London. Greater Manchester Police cover 493 square miles in its bid to keep the region’s 2.7 million people safe.

From domestic disputes to burglaries, antisocial behaviour to drink driving, the series gives an in-depth and frank look at modern Britain through the eyes of its police officers.
Showcasing the astonishing drama the force deals with daily, The Force: Manchester follows the rapid response teams as they patrol the front line, showing the changing face of policing in the UK.
GMP Deputy Chief Constable Ian Hopkins said:
“During filming, we offered unprecedented access to every area of our work, showing the relentless demand and vastly complex nature of policing in 2015.
“Policing has evolved, and everyday our officers and staff work hard to help keep the people of Greater Manchester safe, and tackle those involved in crime from the local to national level.
“With less officers and further reductions planned, we work closely with partner agencies and the local people, who support us in our bid to keep people safe.
“I hope that the front row seat provided in The Force: Manchesterwill show how crucial this support is for us.”
Matt Holden, Series Editor at Shine TV said:
“The Force: Manchester is fast-moving series with unparalleled access to one of Britain’s busiest, and most important, police forces,
“Viewers will get an intimate and honest understanding of modern policing and life on the beat as officers react to a huge range of emergency calls for help.”
Greater Manchester Police receive 500,000 emergency 999 calls a year and make 200 arrests a day. Their 6700 police officers are inundated with incidents from car crime to traffic accidents, pub fights to drug busts, welfare concerns to neighbourhood brawls – it’s a 24/7 job.
The Force: Manchester is produced by Shine TV, part of Endemol Shine Group. The Series Editor is Matt Holden and the Executive Producers are Tanya Shaw and Lorna-Dawn Creanor. The Commissioning Editor for Sky 1 is James Quinn.