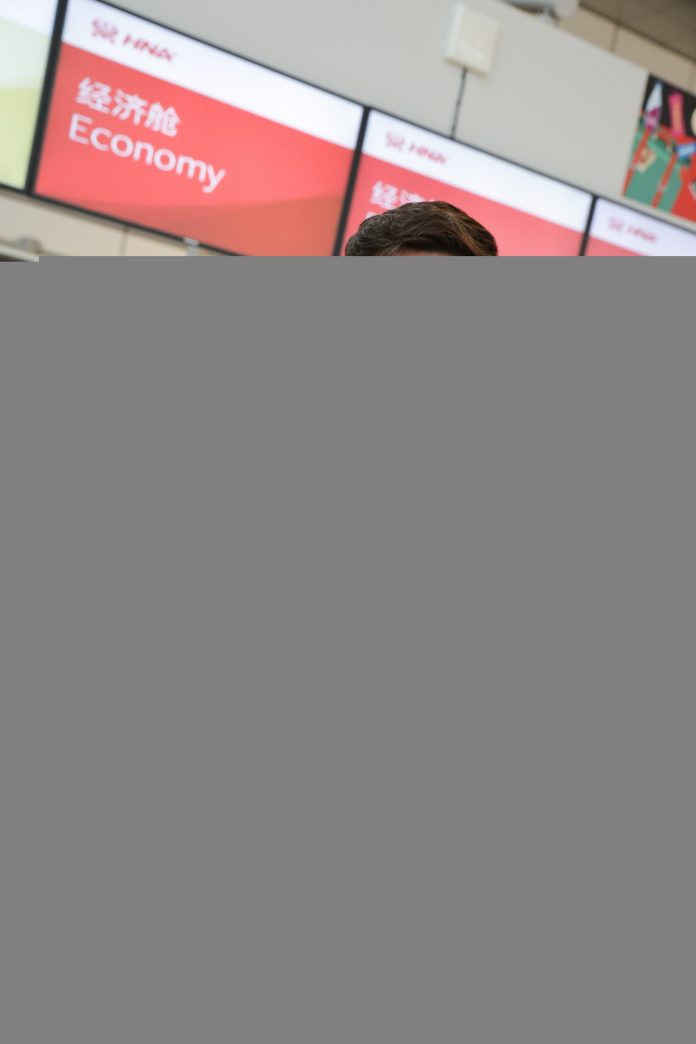 The North of England is reaping the rewards of its ever-stronger ties with China, according to research released today.

Driven by two years of direct flights between Manchester Airport and Beijing, levels of growth in trade, tourism and knowledge exchange between the North and the Far East are outstripping national averages.

Chinese companies are increasing their investments in the North of England, furthering a trend sparked by President Xi Jinping’s historic visit to Manchester nearly three years ago.

This “golden era” of relations between the North and China was revealed in an independent study launched at the British Embassy in Beijing this morning by Greater Manchester Mayor Andy Burnham.

“The China Dividend: Two Years In”has tracked the economic,  social and cultural benefits that have been felt across the North in the two years since direct flights began.

Mr Burnham launched the report ahead of participating in the World Economic Forum, in Tianjin, where he was due to meet with global leaders and speak on a range of subjects, including smart cities, healthcare and green manufacturing.

He said: “Greater Manchester has an ambition to sit at the heart of a productive, culturally rich and internationally competitive Northern economy.

“To do that, it is vital the North has strong connections with high-growth markets like China, which we have been working hard to develop over the past five years.

“Central to our ambition are direct air links, and the China Dividend study demonstrates that good connectivity is not just about getting people and products from A to B, but the wider impacts that they have on so many aspects of peoples’ lives at both ends of the route.

“All parts of the North are benefitting from the economic, social and cultural connections that have forged as a result of the region’s first ever direct service to mainland China launching two years ago.

“We’ve really seen the success of the first route to China from Manchester Airport, so we hope to see more being added in the future.”

The report was launched at an event hosted by Her Majesty’s Trade Commissioner for China, Richard Burn, who said:

“UK-China bilateral trade links have never been stronger: in 2017 UK-China bilateral trade expanded by 15.1% to reach a record £67.5bn, whilst UK exports of goods and services to China grew by 28.5%. This report demonstrates the clear benefits of direct UK-China linkages for facilitating flows of trade, investment and people between our two countries. I’m delighted to see Manchester and the surrounding region benefit so much from this flight connection to Beijing.”

Manchester Airport CEO Andrew Cowan said: “This is important research because it demonstrates the power of direct connectivity to fast-growing economies like China.

“While people could always travel to China by transferring at other airports, we were clear in our minds that securing a non-stop service would unlock a wide range of benefits for our city and the wider North.

“SDG’s study shows that this has proven to be the case, with the route serving as a catalyst for significant increases in trade and investment, tourism and academic collaboration.

“We are committed to driving growth across the North by connecting it to the world’s most important markets and, we are confident of securing links to other high value economies in the months and years ahead.”

The China Dividend report predicts rapid growth in demand for travel to the UK, as the Chinese economy continues to expand.

It suggests Manchester – and the wider North – is well placed to capitalise on this, with a wealth of natural, cultural, sporting and economic assets that appeal to the Chinese traveller.

But it underlines the importance of the UK being seen to be “open for business,” in terms of encouraging the stimulation of further air links, maintaining an welcoming visa process and investing in technology that improves the visitor experience.

The study points to the importance of large-scale investment in Northern transport infrastructure, to ensure all parts of the North benefit fully from the existence of direct routes, while stimulating fresh air connectivity by increasing the catchment area of Manchester Airport.

The study compiles findings from both British and Chinese economic consultancies and was commissioned by the Manchester-China Forum, set up in 2013 to forge closer links between the two locations.

How to keep your shareholders happy