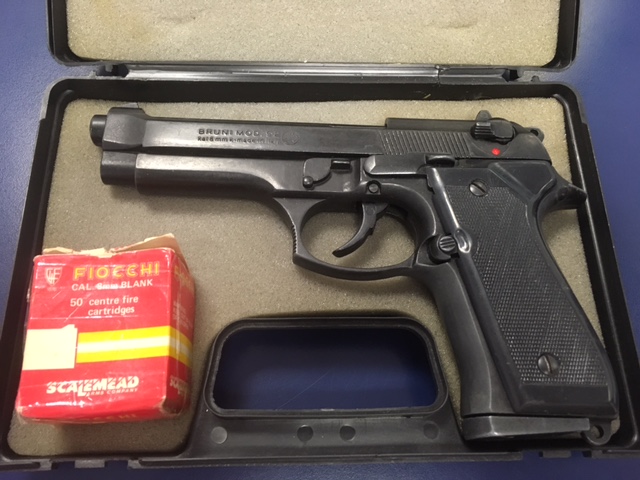 A two-week firearms surrender has been hailed a success after 243 guns were handed in.

Between 13th and 26th November, people were given the opportunity to surrender their guns anonymously at police stations across Greater Manchester.

Among the haul of pistols, revolvers, shotguns and handguns handed in was a 1973 Colt Revolver, Black P.Beretta, Gardone Vt 1936-Xiv and 9MM Walther P38.

A large quantity of ammunition was also surrendered.

The firearms surrender was supported by the father and friends of Halton McCollin who tragically lost his life in 2008 when he was shot in the back of the head in Stretford.

Halton’s loved ones should have been celebrating his 30th birthday but instead joined Greater Manchester Police in appealing for people to give up the gun in the hope it’ll stop any other family going through the same pain.

Detective Chief Superintendent Mary Doyle said: “The surrender has been a great success and has seen 243 weapons taken off the streets, which is 243 fewer weapons that can cause harm and devastation within our communities.

“Although our surrender has finished, our fight against gun crime is far from over and we continue to focus our activity against those that use guns in their criminal activities.

“If you know somebody who has a gun, or is involved in firearms criminality, please tell us about it before another family is t

44 year old stable in hospital after assault outside Blackley pub

Clayton football coach who rewarded his young played by sexually abusing them in the...