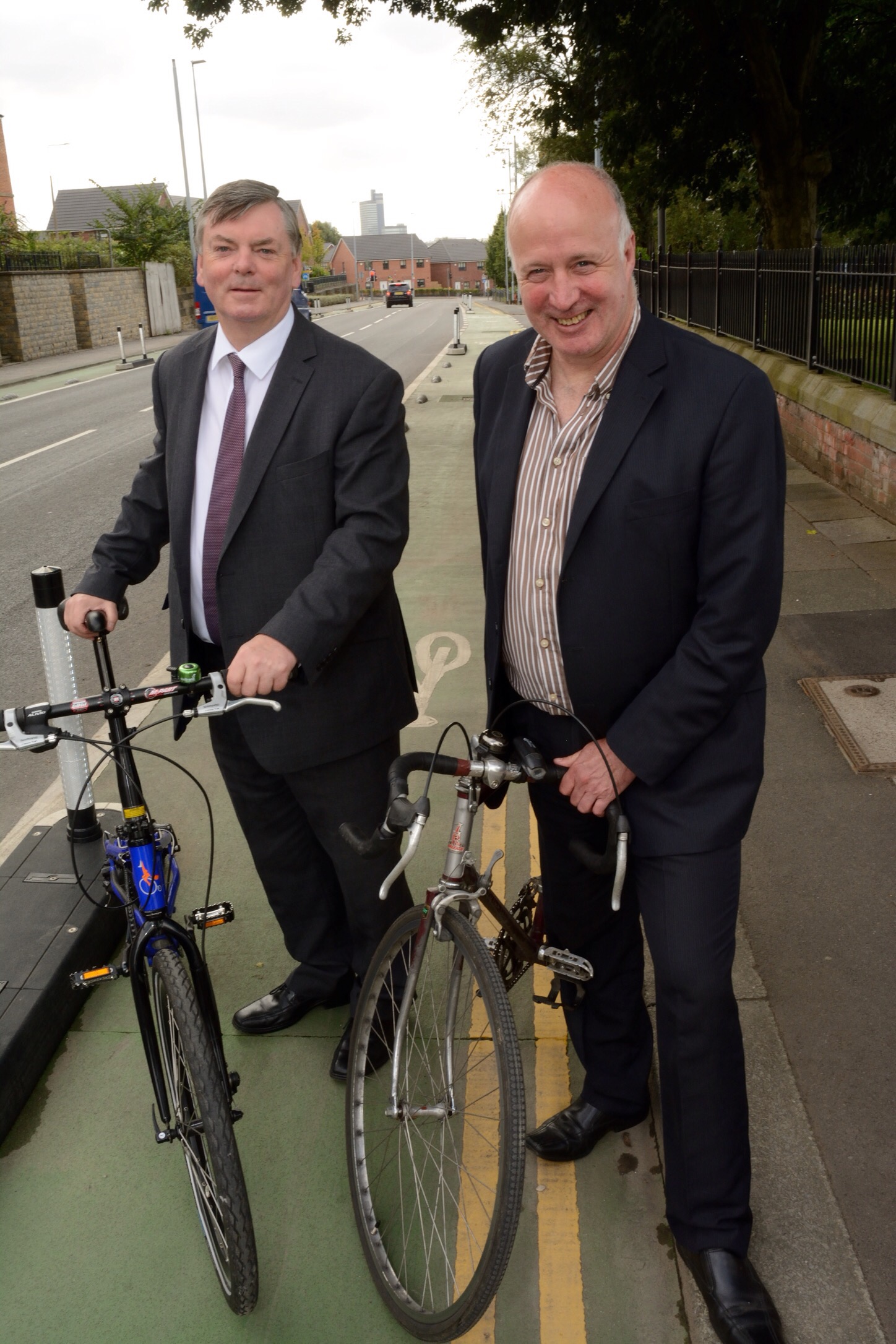 Commuters returning to work after the summer holidays are being encouraged to get in the saddle and give cycling a go with the launch  of six new Greater Manchester cycleways.

The launch, held at Broughton Cycleway, marks the completion of the first, £20 million phase of Transport for Greater Manchester’s (TfGM’s) ambitious £42 million Cycle City investment programme.
The new cycleways have been designed as an attractive and convenient way to travel by bike, linking communities with town and city centres and areas of employment, education and training.
Broughton Cycleway links Broughton with Manchester city centre and has innovative traffic islands and reflective bollards to separate cyclists and traffic along the 2km route, making it the UK’s longest cycleway of its type.
Councillor Chris Paul, Transport for Greater Manchester Committee Cycling Champion, said: “We’ve got big ambitions for cycling in Greater Manchester and we’re already beginning to see more and more people getting around by bike.

“The incredible Olympics success of Team GB’s cycling team, based at the ‘Medal Factory’ National Cycling Centre in Manchester, will hopefully inspire more people to consider cycling for both work and leisure, and our aim is also to put Greater Manchester on the map as a great place to cycle, whatever your ability and wherever you’re looking to travel.

“Now that the first phase of the Cycle City programme is complete, we’re on the way to meeting our target of 10% of journeys in Greater Manchester being made by bike by 2025.”

Nick Brelsford, Sustrans Partnerships Manager for the North West said: “These new cycle routes are a big step in the right direction to help Greater Manchester achieve its aim to make cycling a mainstream everyday form of transport.

“Wilmslow Road and Broughton Cycleway in particular demonstrate different types of high quality cycle design, which although not perfect, could work on a larger scale across the city region.