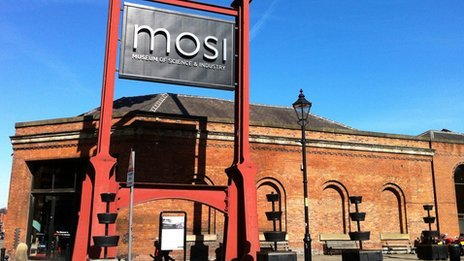 Greater Manchester will today (Tuesday 30 April) host a national Complex Safeguarding Conference at the Museum of Science and Industry.

During the conference Greater Manchester Police (GMP) and a number of key partners will discuss the new and innovative approach that has been introduced to tackle reports of Child Sexual Exploitation, Criminal Exploitation and Modern Slavery.

Complex safeguarding teams will be introduced across Greater Manchester bringing together teams of experts to build on the work and successes of Project Phoenix, Programme Challenger and the ‘Trapped; Campaign. The teams will continue to raise awareness of exploitation in all its forms in addition to supporting victims and disrupting and apprehending those responsible.

“This new approach will include the introduction of a specialist, co-located, multi-agency ‘Complex Safeguarding Team’ in every borough across Greater Manchester, focusing on all aspects of exploitation including child sexual exploitation, criminal exploitation and modern slavery.

“Ensuring that we build on already strong foundations and partnerships, we will be bringing existing teams together to work in a collaborative approach that protects children and vulnerable people from all forms of abuse and exploitation.

“We know that reports in these areas have increased significantly year on year as a result of both the work of the safeguarding teams and victims feeling more confident speaking out about the abuse they have suffered. Despite this, we still know that many incidents remain unreported, so we continue to see any increases in our figures as a positive.

“It is crucial that communities across Greater Manchester fully understand the many forms that exploitation can take and are able to recognise the signs. We encourage victims to come forward with the reassurance that their report will be taken seriously and that specialist support is available.”

Deputy Mayor of Greater Manchester Bev Hughes said: “There is nowhere in the country that is not affected by the sexual or criminal exploitation and abuse of children and young people.

“In Greater Manchester, as part of the Standing Together Police and Crime Plan, we are committed to doing everything in our power to protect children and young people at risk, to bring offenders to justice and to try and prevent exploitation and abuse.

“These crimes cannot be tackled effectively by one agency alone. In Greater Manchester, we have brought together police, local authorities and other organisations to tackle the abhorrent crimes such as criminal exploitation, modern slavery and child sexual exploitation and support communities and families across the city-region.

“Our local activity is complemented by our Regional Organised Crime Unit, disrupting the gangs behind much of the exploitation, and working with the National Crime Agency to share intelligence and bring criminals to justice.

“Today has been an opportunity to share our ongoing journey to tackle these issues and strengthen our approach to complex safeguarding whilst embracing the opportunities of devolution to transform our public services.”

Gail Hopper, Director of Children’s Services Rochdale said: “Partners across Greater Manchester have worked together since 2013 to develop consistency of standards in practice in addressing the exploitation of young people.

“Initially this focused on CSE, but our shared learning over the last 6 years showed that we needed to recognise the complexity of exploitation and abuse in its different forms and how children can experience multiple forms of abuse.

“This has led us to develop a collaborative approach and to further strengthen our partnership working, basing this on clear evidence and research, concentrating on what works, in order to achieve greater success in challenging these appalling crimes.

“We are unique in Greater Manchester as we don’t know another part of the country where 22 organisations have signed up to work together with a shared focus and agreement about how to work together on such a major safeguarding challenge. We are, understandably at different stages of development in different areas and the nature of risks vary. This has given us opportunities to learn from, support and challenge each other.

“We know we have much more to do, and more to learn, but we are able to build on the trust and confidence in each other that is one of the great strengths of Greater Manchester and it is a privilege to be leading on this development.”

Greater Manchester’s Mayor to cost everyone £7 a year