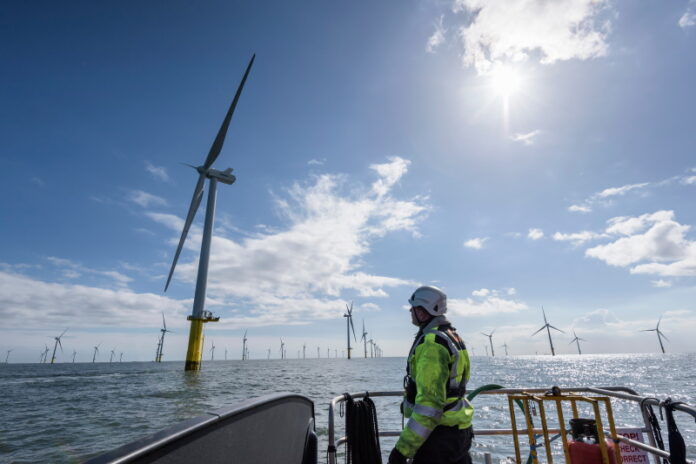 The Government has revealed its plans to dramatically reduce greenhouse gas emissions to reach it’s aim of net zero by 2050.

Plans released today include aiming to fully decarbonise the power system by 2035, securing a decision on a large-scale nuclear plant by 2024, generating 40GW of offshore wind by 2030 and delivering.

A review published by the Treasury says “the costs of global inaction significantly outweigh the costs of action” to tackle climate change.

Plans are also to end the sale of new petrol and diesel cars by 2030 with £620m for zero emission vehicle grants, £2bn of investment to help half of journeys in towns and cities to be cycled or walked by 2030,an extra £625m for tree-planting and £120m to develop small modular nuclear reactors.

Yesterday saw the Government anounce grants to install low-carbon heat pumps as part of a £3.9bn plan for decarbonising heat and buildings, including a £450m three-year boiler upgrade scheme.

The plan, says the Government,would create up to 440,000 jobs and “unlock” £90bn in investment in the next decade, most of it from private sector companies.

“The UK’s path to ending our contribution to climate change will be paved with well-paid jobs, billions in investment and thriving green industries – powering our green industrial revolution across the country. By moving first and taking bold action, we will build a defining competitive edge in electric vehicles, offshore wind, carbon capture technology and more, whilst supporting people and businesses along the way.”

“despite hundreds of pages of plans, strategies and hot air, there is still a chasm between the rhetoric and the reality.This plan will not deliver the fair, prosperous transition we need equal to the scale of the emergency we face.”

Kevin Anderson, a professor of energy and climate change at the University of Manchester, told the Guardian:

“The UK’s net zero strategy falls far short of both its Paris and G7 temperature and equity commitments. Scour the associated spreadsheets and the numbers reveal a story of subterfuge, delusion, offsetting and piecemeal policies – all dressed up as a shiny new strategy for Cop26. Remove the reliance on other nations offsetting our emissions and today’s children deploying ‘negative emission technologies’ to suck our CO2 out of the atmosphere, and the UK’s total carbon budget is more in line with 2.5-3C of warming than 1.5-2C.

“As our government rubs its hands at the prospect of oil revenues from the Cambo and Clair South fields, invests £27bn in new roads, [supports] overseas airport expansions, and pumps £1bn of taxpayers’ money into a huge new liquefied natural gas field in Mozambique, its PR machine, accompanied by the voices of high-emitting CEOs and senior academics, swings into full gloss paint mode. The climate, however, will see through this, responding as it always does to emissions rather than slick presentations, accountancy scams and half-baked strategies.”

“The U.K. can be a world leader in creating good, green jobs. But this strategy is a huge let down.The government has failed to implement many of the main recommendations of its own green jobs taskforce – just two weeks before it hosts the UN climate change conference.That’s not the way to show global leadership – it’s self-sabotage.Today’s spending commitments will do little to address the yawning investment gap needed to get British industry ready for net-zero.Unless ministers do more to future-proof and decarbonise energy-intensive industries, hundreds of thousands of jobs in U.K. manufacturing and supply chains will be in jeopardy.We cannot let that happen.”

“We are finally seeing the UK Government set out a positive vision for net zero, sending a clear signal to every sector of the economy on their role, but we are still lacking the full suite of policies and increased funding to close the gap between climate promises and action.

“With COP26 just around the corner, the Prime Minister can’t afford to stop here – he must ensure every department builds on this ambition, including the Treasury. The Chancellor must step up and  ensure public finances support the transition, by adopting a Net Zero Test for Government spending in the forthcoming Spending Review.

“The UK can’t afford to stand still – every climate promise must be kept. Future generations won’t forget, and they won’t forgive those who fail to act while there’s still time.”

Manchester Greenpeace volunteers take supermarkets’ plastic waste into their own hands, as part of...