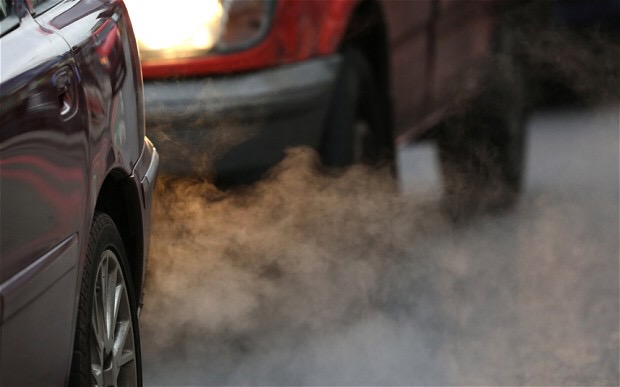 The government’s Air Quality Plan will leave thousands breathing dangerous air says Friends of the Earth, as analysis by the environmental charity reveals that there are no plans for action on dirty air across large parts of the North West, despite toxic levels of pollution.

Oldham is predicted to have illegal levels of air pollution until at least 2020 according to the government’s own figures but the latest government Air Quality Plan does not require them to take any action to fix this.

Conversely, Salford and Trafford are expected to produce a clean air local action plan, even though they are predicted to have an air pollution problem for the same length of time.

The government’s own analysis shows that Clean Air Zones – areas in which the most polluting vehicles are charged to enter – are the quickest way to clean up our toxic air. But despite this the government have suggested no new Clean Air Zones across the country.

Instead, some councils have merely been tasked with producing a further local plan, meaning another wait for the action needed to protect people’s health.

Friends of the Earth has been calling on the government to urgently introduce Clean Air Zones in all the locations predicted to have illegal levels of air pollution beyond next year, including Oldham.

The environmental charity is also calling for Theresa May to provide a safety net for drivers by introducing a comprehensive diesel scrappage scheme funded by a ‘diesel-gate levy’ on manufacturers.

Air pollution leads to nearly 3500 early deaths in the North West every year.

“The government plans appear to wash their hands of doing anything to protect thousands of people in the North West breathing dangerous air.

“Despite their own modelling showing that air pollution is going to choke Oldham, Liverpool, Burnley and Sefton residents for years to come, the government has decided to precisely nothing about it.

“This is a despicable dereliction of duty. Ministers know as well as anyone that Clean Air Zones are essential to give us breathable air fast. The fact that they have not only not failed to introduce the best measure to protect people’s health, but put in place no new measures at all, is an absolute scandal.”

Breast cancer bus to hit the streets of Greater Manchester