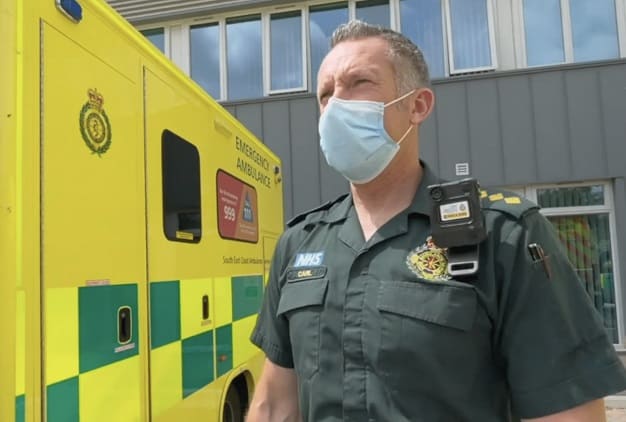 Increasing pressures on ambulance services are leaving workers “overwhelmed” and struggling to shake off work stress when they finally finish their shifts, according to a new UNISON survey published today

Emotional breakdowns, sleep problems, mood swings and the use of anti-depressants are among the issues reported by staff who have been dealing with unprecedented demand for months, says the union.

The survey gives a snapshot of the colossal scale of difficulties the ambulance workforce is facing daily, with resources stretched to the limit and waiting times hitting ​record highs, UNISON says.

Staff shortages, lack of capacity in hospitals due to Covid and long-term underfunding have all contributed to major problems over the past few months​, according to the survey, published to coincide with the opening of the union’s annual health conference in Liverpool ​later today.

More than 1,100 staff in various ambulance services roles across the UK ​took part in the survey. Three quarters (75%) said stress and pressure in their services ​has increased since pre-Covid days.​

Over half as​y they fe​el “overwhelmed” by work and ​a similar proportion are struggling to cope with the demands of their jobs.

More than three in five say their job ​is causing stress and anxiety, with many experiencing serious worries about the ​growing inability of ​over-stretched service​s to deliver for patients.

Of those ​ambulance workers who reported ​feeling stressed, three in five are concerned that ambulances are taking too long to reach people in need​. ​More than half sa​y long handovers outside hospitals are putting patient lives at risk. ​More than a third say they fear making clinical mistakes that could harm patients.

​Ambulance staff report that work-related anxiety ​is spilling over into the rest of their lives. Difficulty sleeping, being unable to switch off when they finish shifts, irritability and mood swings are among the most commonly reported problems.

Those with stress difficulties are mainly turning to colleagues and family for help, but a significant number have sought professional support. Three in tenhave asked for medical help and the same proportion (​say they have used counselling services to deal with the fallout from work pressures.

More than one in four say they ​are using medication such as anti-depressants, a quarter have been drinking more alcohol to relieve pressure and more than a third (36%) say they have taken time off work sick.

A significant number of those feeling stressed say they have experienced an “emotional breakdown” due to their work pressures.

Seven in ten cite money worries as adding to their stress, while three quarters (74%) say staff shortages are a factor in the pressure they feel.

UNISON says the difficulties could be catastrophic for the long-term future of healthcare as many ambulance staff are weighing up their options ​and considering moving elsewhere in the job market. More than two in five (of the workers reporting stress issues are actively looking for work outside the NHS.

The government must act urgently to address years of inadequate investment that has left services more stretched than ever and presenting dangers to staff and patients, UNISON says.

Recruiting and retaining staff, as well as giving them a fair pay rise, is vital to deal with chronic staff shortages. But employers must also do all they can to provide the support that’s needed for staff at breaking point, says the union.

UNISON head of health Sara Gorton said: “Staff are desperately trying to give the best care possible to patients, but the system is creaking at the seams.

“The increasing demands on already-stretched services ​is taking a ​terrible toll on ​ambulance employees and their mental health as they work under immense pressure in under-staffed teams.

“Ambulance staff, like so many in the NHS, can’t just ​leave their stress at the door when they get home. That has a huge impact on their well-being and their famil​ies.

“It’s time for the government to d​ig deep to fund a generous pay rise that ensures experienced staff don’t quit and invest​ in the long-term future of a service on its knees.”