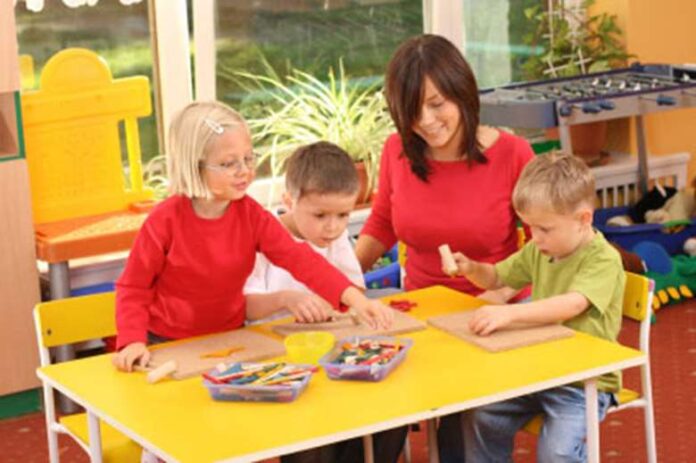 According to news reports this week, the government is considering cost of living action measures including reducing the ratio of staff to children in nurseries and childcare settings, to ease the pain of childcare costs for hard-pressed parents.

Yet this proposal would cut corners and could compromise child safety, according to leading nursery insurance specialist Morton Michel.

“Decreased supervision inevitably puts children at risk, both in terms of incidence of injury, and in the ability of staff to react quickly, reducing the harm. Even a small change to the ratios could mean severe incidents becoming more common,” says Research Analyst Daniel Weir.

The proposals discussed at a Cabinet meeting this week are understood to include allowing nurseries in England to take in more children without recruiting extra staff. Current regulations allow one adult for every three children under two, and one adult for every four children aged two and over. The legal limits in Scotland are different.

But the proposals have been widely condemned by the nursery sector, with both the National Day Nurseries Association and the Early Years Alliance arguing that the plan would put additional pressures on an already stretched workforce and undermine efforts to give children the best start in life.

“Evidence emerging from a range of sources, including Ofsted, suggests that the pandemic has already had a damaging effect on the learning and social development of young children,” adds Weir. “Adding to the nursery sector’s burden just as it is attempting to recover from two hugely difficult years would be a massive blow for childcare.”

Staff to child ratios are set out in in the Early Years Foundation Stage statutory framework and are mandatory. They are designed to safeguard the welfare of young children and ensure their safety in childcare settings. The EYFS guiding principle, that ‘every child deserves the best possible start in life and the support that enables them to fulfil their potential’, may be eroded by these new proposals, according to Weir.

“Reducing the compulsory ratios could also put conscientious childcare providers in an invidious position. If they decide to stick to their existing ratios they will be competing with those who reduce theirs, and in doing so, are able to reduce their costs,” explains Weir.

Manchester City unveil statue of Sergio Aguero on the anniversary of 93:20