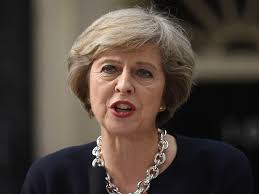 In what appears to be a massive  U turn by the government Manchester is to be fully reimbursed for the millions of pounds spent in the aftermath of the Arena terror attack.

The Prime Minister Theresa May has set up a special task force to oversee a full repayment said to be in the region of £22m.

Controversy raged on Friday when Greater Manchester’s Mayor Andy Burnham revealed that he had received a letter from the Prime Minister in which she said that the region would only receive around £12m as a substantial part of the monies.

The Mayor then warned that there would be cuts to services if that were the case.

However late yesterday the Prime Minister told the Manchester Evening News : “Be in no doubt, Manchester will get the financial support it needs”

She told the paper:

“The terror attack in Manchester was one of the darkest moments in the city’s history. Twenty-two people were killed in a brutal act of hatred deliberately aimed at innocent children on what should have been one of the best nights of their young lives.

“In the hours, days and weeks that followed the arena bombing, the spirit of Manchester shone out in defiance of an attack designed to destroy lives and devastate a community.

“I promised in the wake of that appalling atrocity this government would do all it could to help victims recover and the city to heal. I repeat that commitment today.

“Where your public services have had to bear, or will bear, unexpected and exceptional costs in coping with this terrible attack, these will be met by the government. The process of making those payments is ongoing and I understand the frustration felt at the pace of delivery.

“So I have taken steps to speed up our response. Over the weekend, a taskforce has been established within the Cabinet Office to oversee progress and expedite payments when necessary. It will coordinate the cross-government response, pulling together the work of the Home Office, the Department for Communities and Local Government, the Department of Health and the Ministry of Justice.

“I thank the Prime Minister for her helpful words this evening. We will work constructively with the Taskforce to achieve a fair resolution.”

Rapid tests for asymptomatic people rolled out in Manchester

Salford fire being brought under control