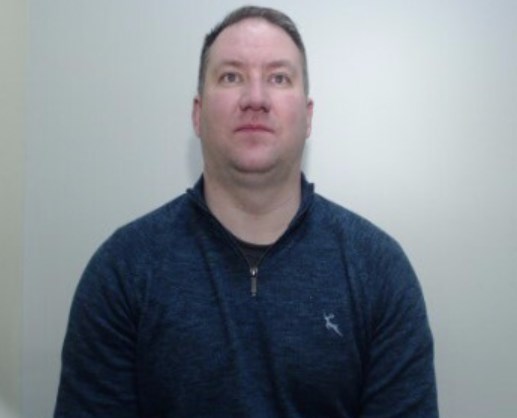 A detective based in GMP’s Salford district has today been jailed for eight years and four months for child sex offences and misconduct in public office.

The court heard how in September 2020, Cunliffe logged into an online chat room and struck up a conversation with someone he believed to be a mother with an eight-year-old child but, unbeknownst to him, was actually an undercover police officer.

Various messages were sent between the two where Cunliffe made numerous attempts to arrange to meet up with the mother and her child in London and sent inappropriate, detailed messages.

Details of the conversations were passed to GMP on Friday 2 October and he was arrested the same day as an investigation was launched. He has remained suspended from duty since his arrest.

Officers searched his address and seized his devices which revealed that Cunliffe had sent the messages to the undercover officer from his workplace in Swinton and his home address. Indecent images and videos were also found on his devices.

During the course of the investigation, urgent reviews of his role as a detective in other investigations were carried out – including a report of distributing sexual images which had been allocated to him as the officer in the case. In that particular case, digital forensics had confirmed sexual images were present on devices that had been seized; however Cunliffe closed the crime and claimed there was “nothing on either device”.

Senior Investigating Officer Detective Inspector Suzanne Keenaghan, from GMP’s Online Child Abuse Investigation Team, said: “Cunliffe deliberately created an online profile with the perverted intention of arranging to commit a child sex offence and having indecent images in his possession for his own sexual gratification.

“This kind of offending and abuse is depraved and I hope today’s sentence sends a stark and firm warning to those who feel that they can commit these offences from behind a computer screen – we will do all in our power to identify you and bring you to justice – regardless of who you are or what you do.

“I would encourage anyone affected by this case to contact police, or our partners, to report any abuse or exploitation so that the relevant authorities can act on it.”

Deputy Chief Constable, Terry Woods, said: “Cunliffe’s actions were absolutely inexcusable and have undermined the very essence of policing’s core value of protecting the public and helping those in need.

“We expect our officers and staff to uphold the highest standards and Cunliffe’s deplorable behaviour fell well below what was expected of him – he both abused his position at GMP and attempted to act on his own sexual gratification.

“I want to be clear that he does not reflect our officers who come to work each day and conduct themselves with the utmost professionalism and commitment to serving the people of Greater Manchester.

“Quite frankly, we will not stand for this behaviour and we are prepared to take robust action whenever any offending comes to light – whether that be by proactively identifying it ourselves or responding to reports made to us.

“I would encourage our officers, staff and the public to report any actions which breach our professional standards.”