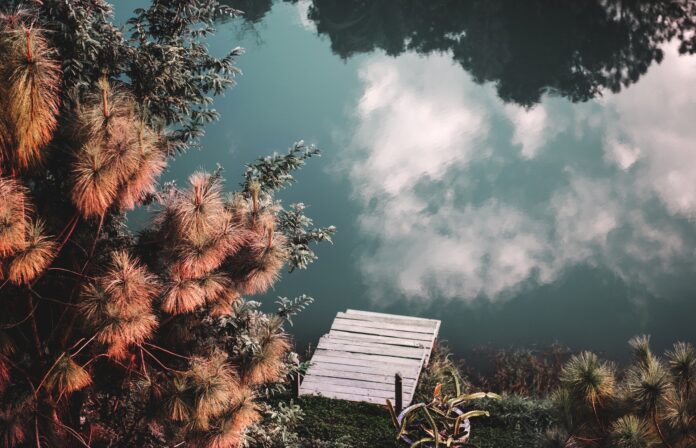 New research suggests that as the Earth warms natural ecosystems such as freshwaters will release more methane than expected from predictions based on temperature increases alone.

The study, published in Nature Climate Change, attributes this difference to changes in the balance of microbial communities within ecosystems that regulate methane emissions.

The production and removal of methane from ecosystems is regulated by two types of microorganisms, methanogens – which naturally produce methane – and methanotrophs that remove methane by converting it into carbon dioxide. Previous research has suggested that these two natural processes show different sensitivities to temperature and could therefore be affected differently by global warming.

Research led by Queen Mary University of London and the University of Warwick studied the impact of global warming on freshwater microbial communities and methane emissions by observing the effect of experimental warming of artificial ponds over 11 years. They found that warming produced a disproportionate increase in methane production over methane removal, resulting in increased methane emissions that exceeded temperature-based predictions.

Dr Kevin Purdy, Associate Professor of Microbial Ecology at the School of Life Sciences, University of Warwick, comments:
“Our studies have led to a better understanding of how global warming can affect methane emissions from freshwaters. This means that future predictions of methane emissions need to take into account how ecosystems and their resident microbial communities will change as the planet warms.”

Professor Mark Trimmer, Professor of Biogeochemistry at Queen Mary, comments:
“Our observations show that the increase in methane emissions we see is beyond what you could predict based on a simple physiological response to the temperature increase. Long-term warming also changes the balance in the methane-related microbial community within freshwater ecosystems so they produce more methane while proportionately less is oxidised to carbon dioxide. As methane is a far more potent greenhouse gas than carbon dioxide, together these effects increase the global warming potential of the carbon gases released from these ecosystems.”

The experimental observations were supported by a meta-analysis of available data on methane emissions collected from wetlands, forests and grasslands worldwide, which showed that naturally warmer ecosystems also produce disproportionately more methane.

Professor Trimmer, adds:
“Our findings fit with what we see in the real world for a wider variety of ecosystems. Together these results suggest that as Earth temperatures increase through global warming, natural ecosystems will continually release more methane into the atmosphere.”

Methane is a powerful greenhouse gas with some 28 times the global warming potential of carbon dioxide over a 100 year period. Over 40 per cent of methane is released from freshwaters such as wetlands, lakes and rivers making them a major contributor to global methane emissions*.

Scientists publish a call to arms on the war on plastics