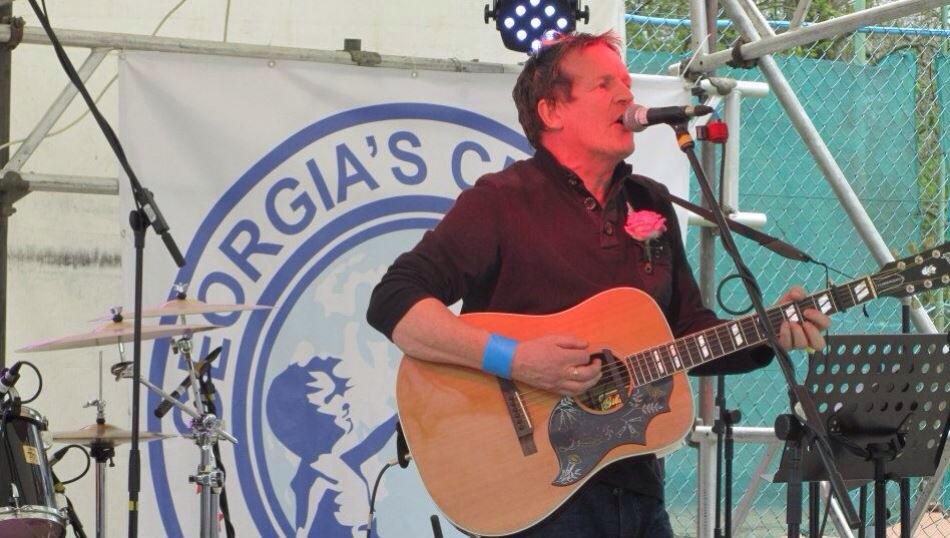 G-Festival 2014, a day of music and family entertainment, is taking place in Worsley this weekend to raise funds for children’s projects around the world and locally.

The event is being organised by Georgia’s Children of the World, a Manchester-based charity set up following the tragic loss of 19 year old Georgia Murray in November 2010.

G-Festival is the charity’s annual fundraising event and has gone from strength to strength since Georgia’s dad Steve first sparked the idea three years ago.

Having spent seven months travelling the world while coming to terms with his grief, Steve saw many children living in poverty, and vowed to try and help. With a passion for music, Steve, who fronted 70s Manchester punk band – the Fast Cars, teamed up with friends, family and local businesses to create a community-focused music festival and raise funds in Georgia’s name.

Steve Murray explains: “Fun, enthusiastic and kind are just some of words you could use to describe Georgia – a truly amazing young woman. She was born with a heart condition but lived a full and active life until complications during her third operation took our shining star.

“We decided to build something positive from such a devastating situation. The charity has gained tremendous support from the local community and we’ve been able to support projects in Cambodia and here in Manchester. We’re also planning to get involved in new initiatives over the coming months.”

Georgia’s Children of the World is helping to provide clean water, medical support, education and vocational training to extremely poor children in remote rural areas and the inner city slums of Cambodia, working in partnership with Choice Cambodia.

The charity also provides funds for local initiatives, including the Children’s Heart Association at the Royal Manchester Children’s Hospital, as well as children’s projects in Manchester and Salford with the Wood Street Mission.

Steve adds: “2000 people attended G-Festival last year and we raised over £16,000, which helped us support new projects and open our second ‘Georgia’s House’ educational facility in Cambodia. We want to make G-Festival even bigger this year, so Georgia’s legacy can help more children both at home and around the world.”

G-Festival 14 will take place at Ellesmere Sports Club in Worsley on Sunday 4 May from 12 noon until late. There will be a line-up of live bands and entertainment, including some of the region’s young musical talent, plus fun and games for the children in the afternoon.