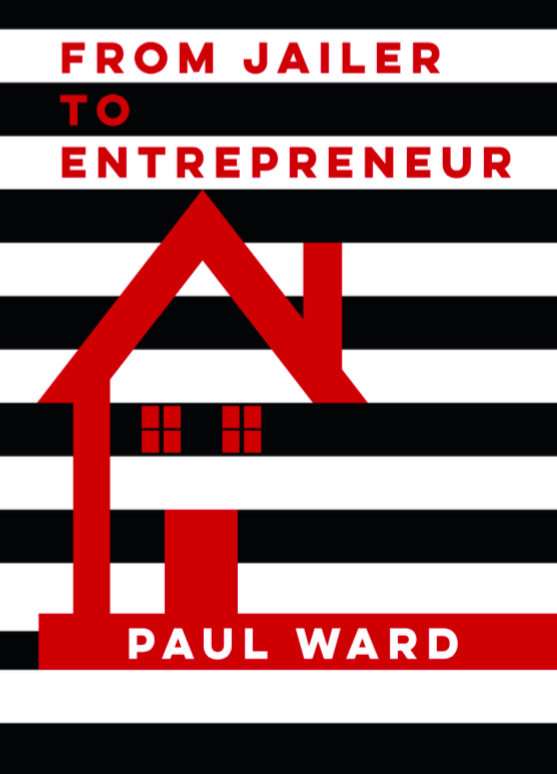 A new book From Jailer to Entrepreneur sees Paul Ward reflects on a thirty year career in the prison service and life after the Clink.

Growing up in Leeds in the 1960’s and 70’s in a working class family, Paul Ward followed the social norm for his generation and left school at sixteen for an engineering apprenticeship. Learning the tricks of the trade at Kirkstall Forge Engineering, Leeds, he soon qualified as a precision toolmaker.

However it was his father, a serving police officer, who encouraged him to enter the Prison Service. Not wanting to give up his skills quite yet, Paul explored the opportunities a career in the service could provide.

On learning that after twelve months as a prison officer he could qualify to teach prisoners engineering in the workshops he decided to give it a go. His first stationing was to be at HM Prison Leeds, a category B men’s prison, and a daunting prospect for a twenty-two year old still wet behind the ears.

But what started as an intimidating job turned into a satisfying thirty-year career as an officer and governor grade working in some of the UK’s toughest prison establishments from Strangeways to Full Sutton Prison and HM Prison Hull .

In From Jailer to Entrepreneur, Paul shines a spotlight on the UK prison system and navigates you through the corridors of a closed-off world. One that is often glorified in popular entertainment but which still needs greater scrutiny and understanding in order to better help the various sectors in our society.

He shares his vivid experiences of extreme violence, compassion and, surprisingly, humour, uncovers some of the myths about prison life and highlights the fascinating characters he has met along the way. From being taken hostage by two London gangsters serving life sentiences to studying for an Open University Course in the cell of an IRA  terrorist Paul Ward has definitely seen it all.

The latter stage of the book is dedicated to his life after retirement from the prison service. He explores the reasons why many of those in the service, an ex-cons, leave the prison environment with a very negative mindset towards people and society. However, when an opportunity to join forces with his friend, and neighbour, Graham —who had been working in the building industry for many years— arose Paul wasted no time in accepting a partnership which would allow him to follow his dream of being an entrepreneur and focus on new creative projects.

With the help of his new business partner, Paul was introduced to a new way of thinking and started to see acts of generosity and kindness without suspicion. Today he enjoys a positive outlook and not only has learned that by having the correct mindset you can achieve new goals but also that it’s never too late to change your life.

Blending memoir with elements of self-development and social study, From Jailer to Entrepreneur will fascinate anyone interested in true crime and the prison system as well as those looking for inspiration on how to make changes in both their careers and lives.

From Jailer to Entrepreneur by Paul Ward (published by Paul Ward 16th October 2017 RRP £8.99 paperback) is available to purchase from online retailers including amazon.co.uk and to order from all good bookstores.