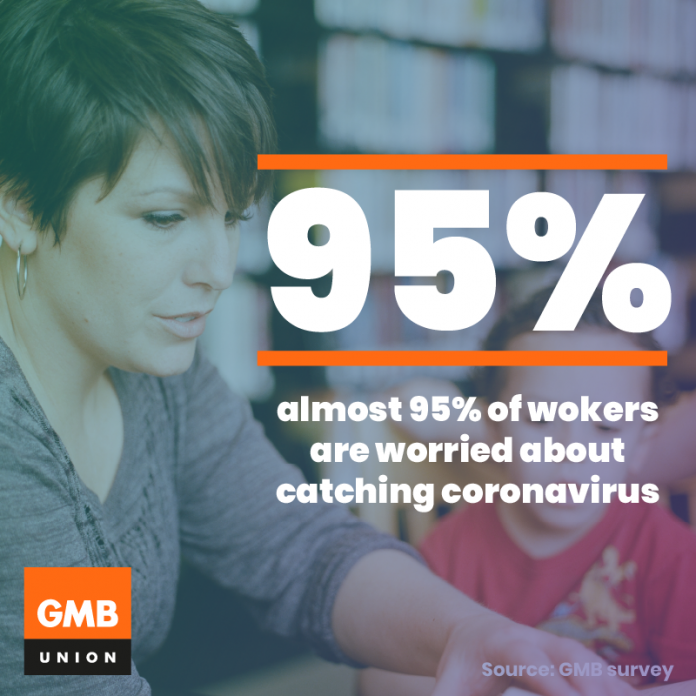 Four in five workers are think returning to work will put their family at risk, a survey by the GMB Union has revealed.

The poll which was completed by a sample of almost 3,500 workers across a wide range of sectors showed 60% are worried about being pressured into returning to work, with 95% worried about catching coronavirus.

Under a fifth of respondents say that returning to their workplace will be safe
The survey also revealed 80% of workers found that the return to work advice unclear – less than 8% found it clear.

Husbands, wives and parents of people with cancer also feel forced back into the work place and are terrified of brining the deadly virus home with them.

“We need a safe and managed return to normal working but that isn’t happening yet.

“Those facing going back to work need reassurance their welfare and those of their families is being put first but too many are living in fear of the danger they and their loved ones are now facing.

Bleach thrown from a car in Openshaw