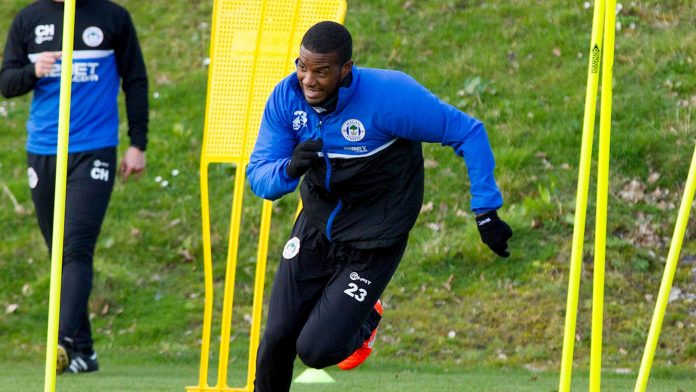 Former Wigan Athletic player and Honduras international Juan Carlos Garcia has lost his battle against leukaemia and passed away in his native Honduras overnight. His wife and family were close to him.

Following the end of his contract at Latics in 2016, Juan Carlos was granted permission to remain in the country to continue his treatment, with support from the club and the PFA players’ union, and alongside his family who have been living with him, before moving back to his home country towards the end of 2017.

David Sharpe, Wigan Athletic Chairman, said: “This is such tragic news and we send our deepest condolences as a club to Juan Carlos’ family and friends who have had to sit by and watch this sad story unfold over the past few years.

“We have offered what support we can but, despite the best possible treatment at Christie’s Hospital, Juan Carlos has tragically not been able to beat this terrible illness. At just 29 years old, he was far too young to be taken and our thoughts are with his family at this sad time.”

Juan Carlos was last seen by Latics supporters during the celebrations in May 2016 following the final game of the season, when he was presented to the crowd and joined the players as they paraded the League One Trophy around the DW Stadium.

The defender joined Latics in 2013 from Honduran club Olimpia and played his only game in a League Cup tie at the Etihad Stadium against Manchester City in September of that year. Juan Carlos represented Honduras at the 2014 World Cup against Ecuador and Switzerland, having also played in a warm up game versus England. He went on loan to Spanish side Tenerife in August 2014 but returned to England in January when he was first diagnosed with the illness.

A minute’s silence will be held in honour of Juan Carlos ahead of the match against Peterborough United at the DW Stadium on Saturday 13 January.