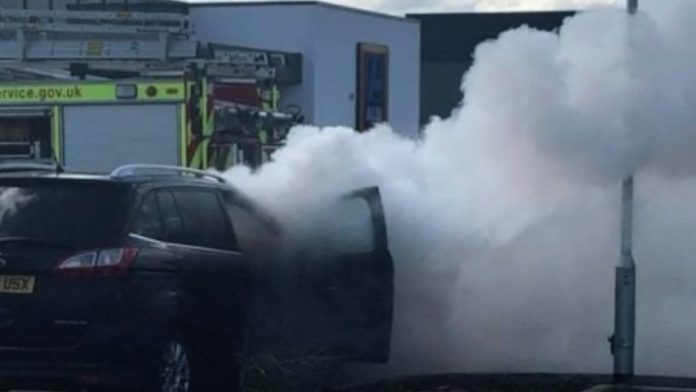 A BBC Inside Out investigation has found that hundreds of Ford owners across the UK have experienced catastrophic failures with their cars and as a result were being left thousands of pounds out of pocket.

As a result of the investigation, however, Ford is now offering to cover the entire cost of repairing one litre engines that have overheated. The company says this will also apply to previous cases and is urging all of the people affected to get back in touch.

Ford told Inside Out: “With any future cases, subject to being assessed and linked to potential 1.0-litre engine overheating, we will contribute 100% of the cost of repair at a Ford dealer. Furthermore, we will re-examine previous cases to ensure that this policy of a 100% contribution to the repair cost is applied consistently.”

The episode of Inside Out, to be broadcast on Monday October 1st, highlights the fault which lies with the one litre engine, which has won international awards, and also the 1.6 litre Ecoboost engine. Hundreds of customers have reported problems with this engine. Ford had previously asked customers to pay the full or part cost for their replacement engines leaving many out of pocket.

These customers include Gill Cronshaw, a Ford Focus owner from Altrincham. Her one litre Ecoboost vehicle suffered a complete engine failure while she was driving on a busy motorway.

Gill explains what happened: “It was the most frightening experience of my life because you feel completely powerless. There was no warning lights, there was no indication…… as my foot was on the accelerator I could just feel there was nothing left…

“The pipe had a very clear split, there was coolant stains all inside the bonnet, so I could see there had been quite a big failure, it wasn’t wear and tear. It needed a new engine, at a cost of 5500 pounds which obviously I was absolutely horrified at. . . it had been MOT’d and serviced it was in immaculate condition.”

Chris Walker, an engine expert from Rochdale, explains what the problem is with the Ecoboost engines: “The cylinder head of an engine, basically that’s the top half of your engine. What we’re finding is they seem to be cracking. We’ve seen quite a few now that have all cracked in the same place. What we are finding is when it’s cracking, it’s allowing the coolant to go into the exhaust system. If it loses all its coolant, the engine will overheat and the engine will eventually fail.”

Some owners of vehicles with 1.6 litre Ecoboost engines have experienced a more terrifying problem as vehicles have burst into flames whilst being driven. Inside Out has discovered that Ford have been aware of the fire risks to this engine for more than five years. Problems with the engine were identified in 2012 following several vehicle fires in the US. Yet in the UK a recall notice wasn’t issued until Jan 2018, four years after a similar recall notice had been issued in the USA.

Clare Robson from Lowestoft had a Ford Grand C Max. She received a recall notice from Ford for a fault with the cooling system. She booked her car in at the Ford garage for the fault to be repaired and arranged an appointment two weeks later. She describes what happened two days later as she was driving down a busy dual carriageway.

“I’ve noticed that the smoke is actually coming from under my bonnet. I started thinking that I need to get to safety so I left the dual carriageway at the slip road.”

Clare pulled into a busy retail park: “I was terrified, there were people around me, there were children, it was a busy bank holiday weekend and there were billows of smoke coming from under the bonnet. I saw the first flame lick up from underneath the bonnet and I thought, I need to get out of the car now.”

Ford has told Inside Out that safety is its number one priority. The company says: “The recall of the 1.6 litre Ecoboost affects more than 15,000 vehicles and work to fit a new sensor combined with proper maintenance of the car’s coolant system makes the vehicles safe to drive.”

In connection with the four year delay issuing the recall notice Ford says: “Vehicles are manufactured with different specifications around the world. We launched the UK recall when it had been determined a safety issue existed.”