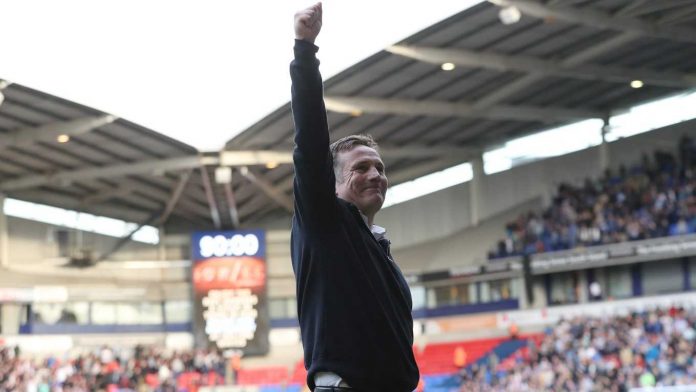 Bolton Wanderers secured their first league victory of the campaign against Sheffield Wednesday on Saturday afternoon.

Sammy Ameobi’s long-range effort, and a Sam Hutchinson own-goal put Bolton two goals to the good on the hour mark and although Kieran Lee halved the deficit late in the second half, the Whites held out to pick up their inaugural maximum points haul of the season.

In Division One, Oldham’s season turn around continued with Interim boss Richie Wellens praising the performance of his players and feeling they fully deserved the three points against Blackburn Rovers.Queensy Menig slotted into the bottom corner in the final minute of the game to win the game to secure the club’s fourth straight win, the best start for any Latics boss in 110 years.

The Shakers fought back from an early goal to defeat high-flying Bradford City 3-1 at the Energy Check Stadium at Gigg Lane. Back-to-back goals from Chris Maguire and Jermaine Beckford, before Jay O’Shea completed the scoreline with an 85th minute goal to ease any late pressure.

Rochdale Manager Keith Hill said his team was shooting itself in the foot after After Dale had come from behind to go 2-1 up early in the second half at Fleetwod and then saw the home side reduced to ten men and yet still going on to net an equaliser.

City to be investigated by UEFA following claims they circumvented the financial fair play...