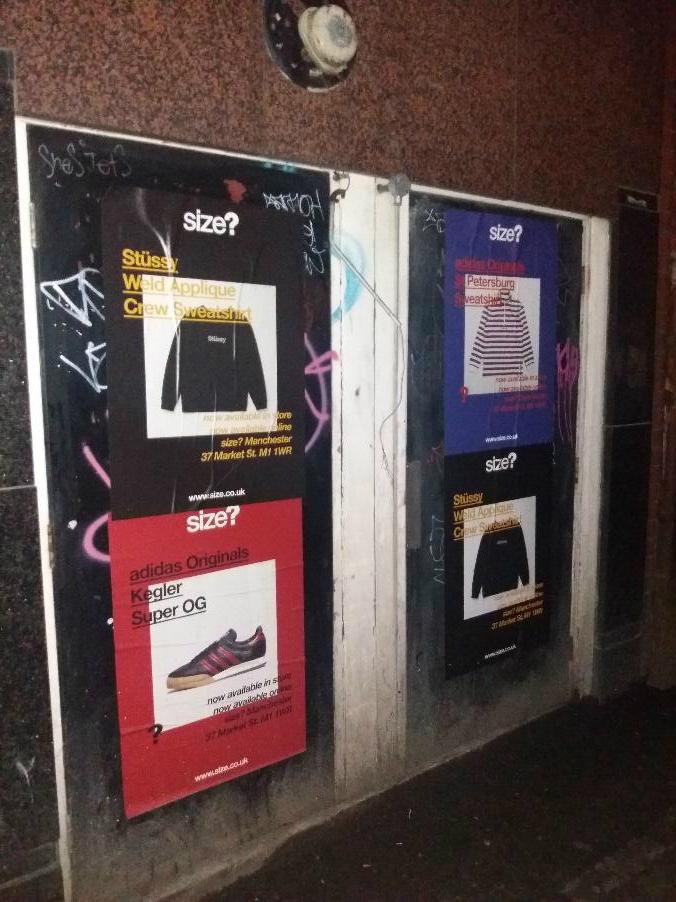 JD Sports have been ordered to pay more than £8,300, after admitting to five counts of fly-posting in Manchester city centre.

The case was passed to the council’s Environmental Crimes team, who established that ‘Size?’ was a trading name of JD Sports Fashion plc and wrote to the company, to invite them to an interview under caution.

In a written response, the company admitted responsibility for the posters and said that staff had been ‘re-educated’, to make them aware of what was and was not acceptable in terms of advertising their brand to the public.

However, the company chose not to attend a formal interview and were subsequently told that legal action would be taken.

At a hearing on 19 July 2019, JD Sports Fashion plc entered guilty pleas for all five fly-posting offences, while stating that the employee who had been responsible for the fly-posting campaign no longer worked for the company.  They were fined £7,500 and ordered to pay court costs of £716, plus a victim surcharge of £150, with the penalty totalling £8,366.