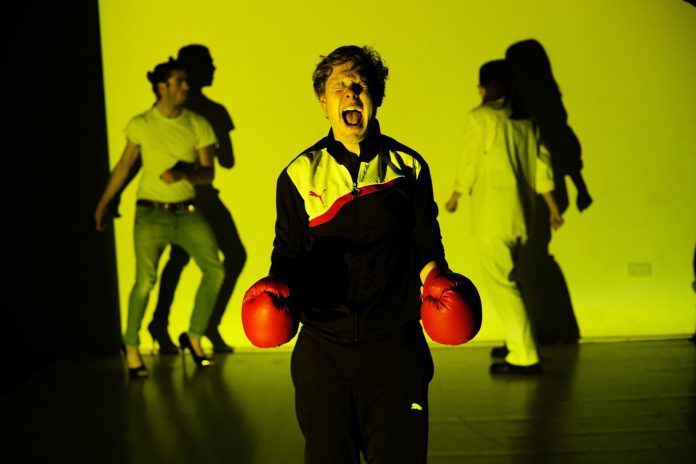 FLARE17 promises to be its best yet with around 60 of the best new international theatre artists coming to Manchester, from across Europe and the UK, for a five day celebration of new theatre 4-8 July 2017.

Artistic Director Neil Mackenzie talks about how our current political climate means programming international work is more important than ever. “In the current political state of the UK and beyond, it is critical that we collaborate with our international peers. Migration and artistic movement will become harder in post-Brexit Britain. It is our aim as an international festival – and as advocates of emerging experimental theatre – to bring together the international community of radical theatre artists to inform and enrich theatre practice in this country.”

Flare announces a 2017 programme packed with challenging, exciting and innovative theatre across the city’s major arts venues, including HOME, Royal Exchange Theatre, The Lowry, Contact and introducing The Flare Hub, situated in the old Cornerhouse building at No.70 Oxford St. Future Flares, the student strand of FLARE17 will take place in the Martin Harris Centre, at the University of Manchester.

PARTY, by Spanish/Brazilian artists Beaches, is an immersive theatre/dance show for an audience of 10 that will be performed throughout the festival, offering an intense mind and body experience somewhere between reality and illusion, and most of it blindfolded.

After critical acclaim across Europe, Flare brings Boose Provoost’s award winning Moore Bacon! to Manchester for its UK premiere. Presented at HOME in almost pitch darkness, the show plays with the spectator’s eye, creating form, texture and colour in the imagination as much as the reality of the stage.

Highly energetic and interactive performance Molar by Spanish artist Quim Bigas Bassart takes place in the beautiful setting of the Royal Exchange’s Great Hall, reflecting on human emotion and promising to lift your spirits for the rest of the day.

BOG collective’s ONE is a beautiful study of music and musicality using live and recorded sound. Double billed with BOG is K.U.R.S.K’s Leopard Murders. After being profiled around Germany and Switzerland, to both acclaim and controversy, Leopard Murders is a provocative and politically charged piece of new theatre using personal history to directly tackle the new political landscape.

Alicia Jane Turner uses music to focus on the act of breathing, exploring her own anxiety and expressing it through musical repetition and recording, addressing the sensory experience of being in the moment. She joins fellow Londoner, and trained magician, Tom Cassani in the Double Bill at The Lowry.

Contact presents a double bill featuring returning artists Guillem Mont de Palol &amp; Jorge Dutor with their visually stunning interpretation of the most performed Opera in the western world. Turkish born Enis Turan follows with Beauty and the Beast – a complex study of gender norms and the societal pressures of belonging to gender. In a celebration of what makes us us, Turan leaves us questioning pre-conceptions and celebrating our diversity.

Along with a substantial amount of work programmed from Belgium’s thriving theatre scene, Flare’s emerging artist strand Future Flares platforms provocative work from some of the most bold and promising student, and recent graduate, artists working today.

The festival ends with an explosion of energetic gig theatre, focusing on a fictitious tribute band inspired by the troublesome and disturbed character of beat poet Charles Bukowski.

FLARE17 will present an ambitious programme of work from across Europe, bringing the best of emerging and established new theatre to UK’s cultural hub, Manchester.