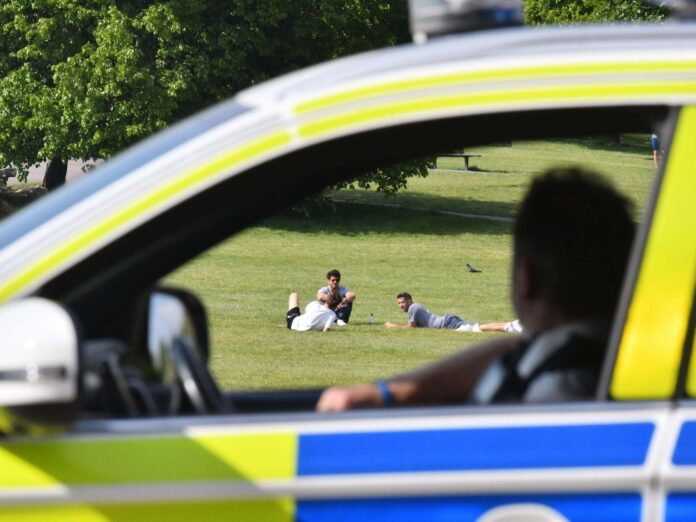 Analysis of Fixed Penalty Notices (FPNs) issued by police under the Coronavirus (Covid-19) regulations shows a low overall rate in fines issued across England and Wales with young men receiving the biggest proportion.

It also shows black, Asian and minority ethnic people were issued with a FPN at a rate of 1.6 times higher than white people.

The number of fines issued across the country varied significantly, with GMP found to have one of the lowest rates per population. This is reflective of the force’s emphasis on engaging with the public, explaining the guidelines and encouraging people to comply before using enforcement only as a last resort.

Each interaction that officers had in regard to potential COVID breaches was recorded and, of the 2,591 interactions, police officers chose to use their discretion and not issue an FPN in 88% of cases. The vast majority of the notices given were issued during the strict lockdown period where restriction of movement had been contravened so there has since been a sharp reduction in the number of FPNs issued since the relaxation of the Covid guidelines. The last FPN issued by GMP was on 27 May 2020.

Like in other areas of the country, the analysis of figures in Greater Manchester showed disparities across gender, age and ethnicity. Two hundred and sixty one of the total FPNs given (85.5%) were issued to males. Young men and women are also significantly over represented, with those aged 18-24 making up 48% of the total number of FPNs given.

The rate of FPNs issued to people self-identifying as being from a BAME background sits at around 1.8 per 10,000 population in our force area, as opposed to 1 per 10,000 population for those who identify as white. In total 143 notices were issued to people self-identifying from a BAME background; however 41 of these (28%) were issued to visitors from outside Greater Manchester.

Although the overall figures show some disproportionality at force-wide level, closer analysis of the data shows that at a very local level the number of FPNs issued more closely reflects the resident population in the areas that the notices were given.

Assistant Chief Constable Rob Potts, of Greater Manchester Police, said: “We welcome the publishing of this report and the opportunity to review our approach to ensuring compliance with the coronavirus legislation throughout the pandemic so far.

“We police by consent in Greater Manchester so it is important to us that we are able to take stock of the findings of this report before considering what we can do to improve the service we provide to the public. I want to assure the public that we will not be complacent and any disparity that has been highlighted will be examined to see if any changes to our approach are needed.

“I believe the low rate of FPNs issued in Greater Manchester is reflective of our commitment to engaging with the public first and only using enforcement as a last resort.

“A large number of the FPNs issued were done so during the lockdown period when the weather improved, which notably saw more house parties and other large gatherings taking place, thereby resulting in more notices being issued. One particular incident in May saw officers called to a large party at an Air BnB in Shudehill where 16 FPNs were issued.

“A number of the FPNs were also issued during targeted operations that took place during the Covid pandemic. Working with partners, GMP ran two policing operations in the City of Manchester to tackle anti-social behaviour which had an impact on the number of notices issued.

“In addition to outlining the police approach to enforcement, these figures also show that the people of Greater Manchester have been overwhelmingly compliant with the guidelines and I think that should be acknowledged. The support for the work of the emergency services has been crucial for us throughout this pandemic and I want to thank the public for that.”

The analysis, undertaken by staff from the Government Statistical Service, used police force data from English and Welsh forces for the number of FPNs issued between 27 March and 25 May for breaching public health regulations introduced by Government to help prevent the spread of Covid-19. These powers came into effect on 27 March 2020.

The National Police Chiefs’ Council (NPCC) and the College of Policing issued guidance to forces on how to implement the new regulations. This made clear that enforcement was only to be used as a last resort, when attempts to engage with individuals to explain the regulations and encourage compliance had not been successful.

The number of FPNs issued was relatively low – 17,039 in total and a rate across all of England and Wales equivalent to 3 per 10,000 resident population.

To put these figures into context, in the four weeks to 24 May, police recorded 134,188 incidents related to Covid-19. This will include a wide range of incidents including cases when officers proactively offered advice to people, responded to reports from the members of the public alleging breaches of the regulations by others and offences where criminals have sought to take advantage of the pandemic. This under-counts the actual number of interactions with members of the public related to the policing of the public health regulations as it only captures those that require recording on force incident management systems and will not include advice proactively given by officers to members of the public while on patrol.

The national level analysis showed that men, especially those under 45 years-old, were disproportionately represented in those given an FPN – 70 per cent of FPNs issued went to men under 45 when they comprise 22 per cent of the population.

This was most evident for young men aged 18-34 years old who make up 14 per cent of the resident population but accounted for 57 per cent of those issued with an FPN, a rate some four times higher than would be expected if FPNs were issued proportionately across all age-groups.

Expressed as a disparity rate (i.e. the rates per 10,000 BAME people as a ratio of the rates per 10,000 White people) showed that it was 1.6 times higher for BAME people than white people. Disparity rates were higher than the BAME average for Asian and black people (both 1.8 times higher than white people). Those people in the mixed ethnic group experienced a rate 1.2 times higher than white people, while those from the other ethnic minority groups had the same rate as for white people.
Young men (aged 18-24 and 25-34) from BAME backgrounds were over-represented by around twice the rate of young white men in the same age-groups. In contrast, young women (18-24) from a white background had similar levels of representation (among those issued with FPNs) as their representation in the general population whereas women of the same age from a BAME background were slightly under-represented.