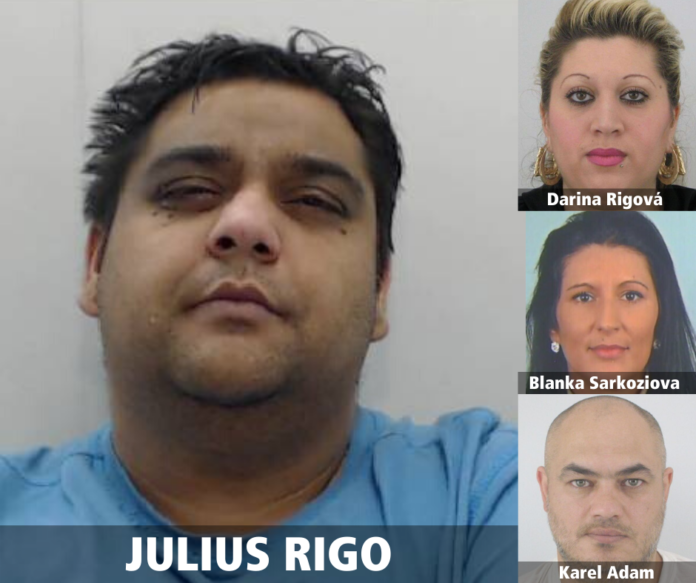 Two women and three men who sexually exploited women and forced several of their victims to work as slaves in Gorton and Levenshulme have been jailed in the Czech Republic.

Julius Rigo,37 of Most, Czech Republic was sentenced to 18 years in prison for human trafficking, rape, blackmail, threats to kill and bigamy.

Darina Rigová,32  of Most, Czech Republic was sentenced to nine years in prison for human trafficking.

Karel Adam,48,of Most, Czech Republic was sentenced to six years in prison for human trafficking.

Rigo and his accomplices were charged in the Czech Republic as a result of an investigation by the Czech National Organized Crime Agency and the Modern Slavery Coordination Unit at GMP.

Between 2012 and 2016, Rigo forced 13 men and women in to labour and sexual exploitation against their will in Gorton and Levenshulme.

During this period Rigo targeted vulnerable residents from Most – a city in the Czech Republic and offered them well paid work in the UK.

Rigo forced the men and women to do various activities either by threatening them or by using violence. The women were sexually exploited and the men were forced to work at car washes or restaurants in various parts of Manchester.

The men and women received practically no payment from Rigo for their work.

Enquiries established that Rigo also committed biggamy whilst he was married to Darina Rigová and sexually assaulted one of his victims on several occasions.

After a lengthy investigation by the Czech National Organized Crime Agency and the Modern Slavery Coordination Unit at GMP officers arrested Julius Rigo, Darina Rigova and Karel Adam for slavery offences in April 2018 after searching properties in the West Midlands and the Czech Republic.

On Friday 20 April 2018 Rigo appeared at District Court in Most, Czech Republic and was remanded in custody.

Detective Constable Christopher Nield, one of GMP’s dedicated Modern Slavery officers, said: “Today’s verdict is the result of a long and complex investigation by GMP officers and our partners.

“It is a great result of a collaborative working not only with authorities such as the Czech National Police, Europol, Eurojust and the Modern Slavery team in GMP but the wider partners and charities who have supported these vulnerable victims throughout.

“I hope this sends a clear message that we will not stand for modern slavery in Greater Manchester and our officers are absolutely committed to making sure that people who subject others to this horrific treatment are brought to justice.”