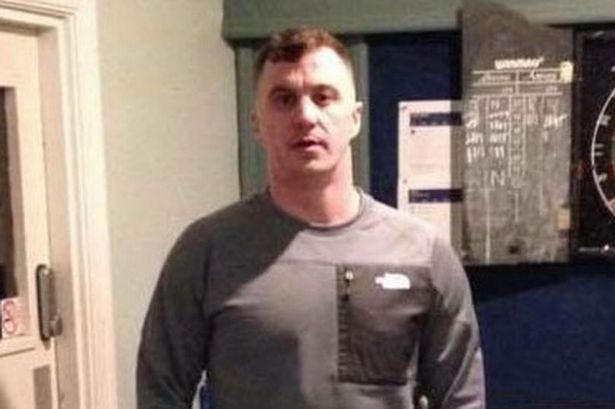 Five men have been jailed for a total of fifty three years for the murder of 31-year-old dad of two Luke Graham last summer.

Wade Cox,29,of Rainow Ave, Droylsden was sentenced to life imprisonment with a minimum term of 36 years for the murder

Jordan Charles Atkinson,26,of Stamford Drive, Stalybridge was sentenced to eight years in prison for encouraging or assisting an indictable offence.

Conor Cornforth,27,of Calder House, Old Mill Wharf, Droylsden was sentenced to three years and one month for assisting an offender.

A fifth man Ben Dodd,28,of Easton Road, Droylsden was sentenced to two years and six months for assisting an offender.

The court heard how on Wednesday 13 June last year,around 4.50pm, Cox and two other men pulled up on Birch Street in an Audi before entering a property where they forced the homeowner to lure Luke and another man to the house.

Luke and the other man were already parked nearby in their Volkswagen Caddy when the call was made and at this point, the driver – the other man in the car – made his way towards the house, leaving Luke sat in the van but, as he approached the front door, Cox burst out of the property armed with a gun.

He fired a single shot directly into the passenger side of the van at close range which tragically hit Luke and left him fatally injured.

Cox then spotted the driver who was trying to get away and chased him across the street whilst firing shots, one of which struck his upper leg. He managed to flee and later presented himself at hospital for treatment.

Cox then returned to the van and fired another shot at Luke as he lay critically injured and trying to crawl from the vehicle. Cox then fled the scene in the Audi with the other men.

The trio abandoned the vehicle in Gorton before fleeing in opposite directions. Cox fled to a house in Openshaw before his was picked up by West.

Dodd was then instructed by Cornforth to destroy the car with any evidence of their crimes. Dodd sustained burn injuries to his hands and face whilst attempting to conceal evidence which left him requiring hospital treatment.

Detective Chief Inspector Liz Hopkinson, of GMP’s Major Incident Team, said: “This was a painstaking investigation to root out those involved in the brutal murder of Luke Graham and I would like to thank my team who have been dedicated to bringing those responsible to justice for over a year.

“After their despicable actions, Cox and West even dared to venture to their local pub in Droylsden later that evening as though nothing had happened, proving their callousness knew no bounds.

“As the Judge sentenced them today, she stated that they were part of an organised crime group who were selling Class A drugs and they were doing this to vulnerable people in the community on a daily basis, which is why I am glad we have removed them from our streets for some time.”

“These men have ripped Luke from his family and friends in the cruellest way imaginable and I hope they can take some comfort from today’s result. A collective 53 years behind bars where there is no doubt in my mind that each and every one of them deserves to be.”