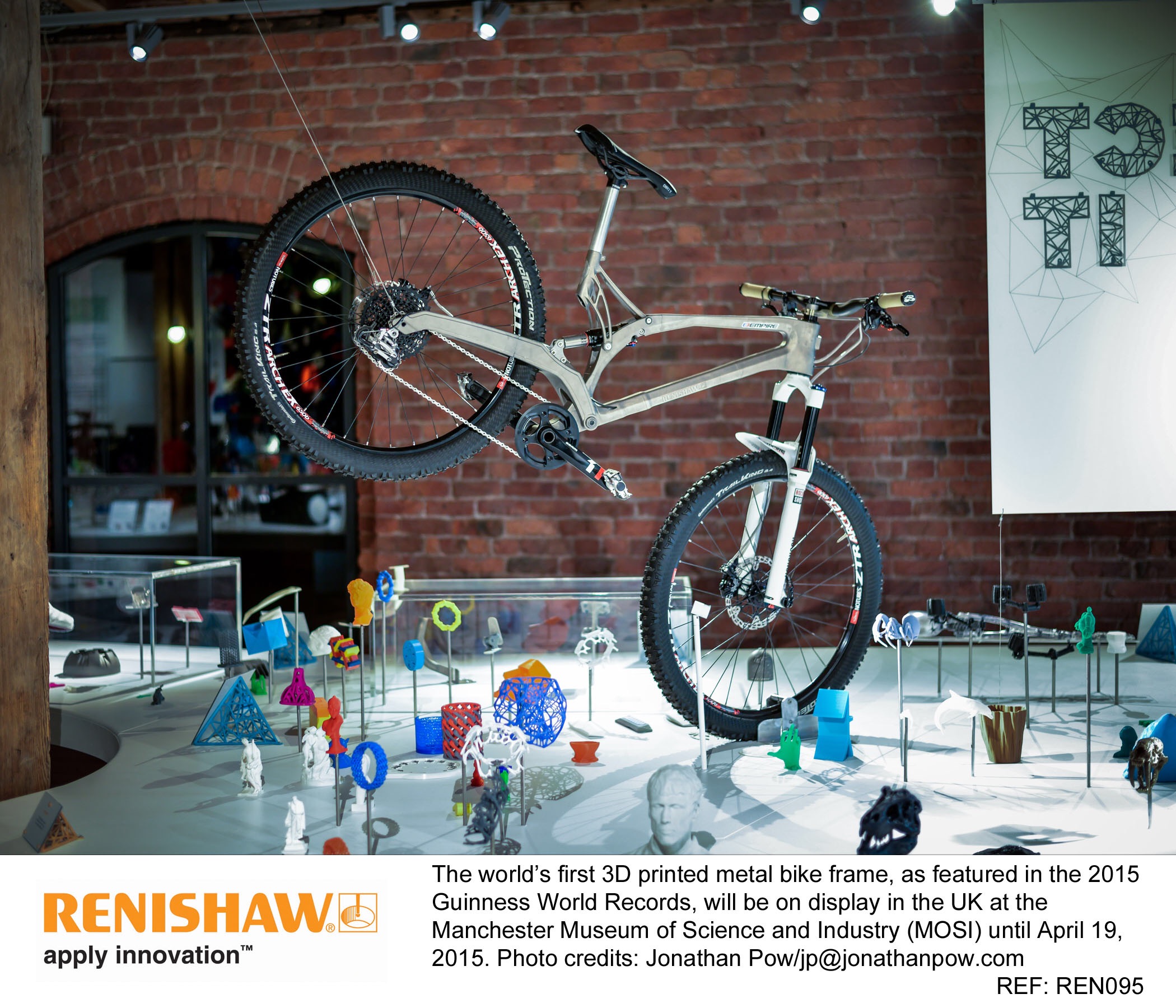 The world’ first 3D printed bike currently on display at MOSI has been featured in the 2015 edition of Guinness World Records .

The project, which saw a manufactured the  3D printed titanium alloy bicycle frame was carried out by FTSE 100 Company Renishaw in collaboration with British bike manufacturer Empire Cycles.

The original design for the 3D printed bike frame was supplied by Empire Cycles and Renishaw initially arranged to topologically optimise and manufacture the bike seat post bracket. When this proved successful, Renishaw agreed to embark on a project to additively manufacture the entire bike frame. The final result was a strong, functional bicycle frame that was 33 per cent lighter than the original.

“The metal 3D printed bike was a remarkable project that stirred the imagination and enthusiasm of our engineering team,” explains Robin Weston, Marketing Manager of Renishaw’s Additive Manufacturing Products Division.

“The project was completed about a year ago and the impact it’s had on the popularity of additive manufacturing, also known as metal 3D printing, has been staggering. The bike has travelled the world, been exhibited at trade shows and museums on almost every continent and has now taken its place in the Top Tech section of Guinness World Records.

“Renishaw is currently working on multiple projects that highlight the additional benefits of additive manufacturing as a complementary production method. We think the technology has huge potential and we would like to help industry and the wider audience understand it better.”

The world’s first metal 3D printed bike is currently on display in the UK at the Manchester Museum of Science and Industry (MOSI) as part of the 3D: Printing the future exhibition. The free event explores 3D printing technology and will remain open to the public until 19th April 2015.

The key benefits of additive manufacturing compared to more traditional production methods include design freedom facilitated by highly sophisticated computer aided design (CAD) software, ultimate part customisation and the construction of complex shapes with internal strengthening features. The technology is currently being adopted and developed for use on a larger scale in the medical, dental, automotive and aerospace industries.