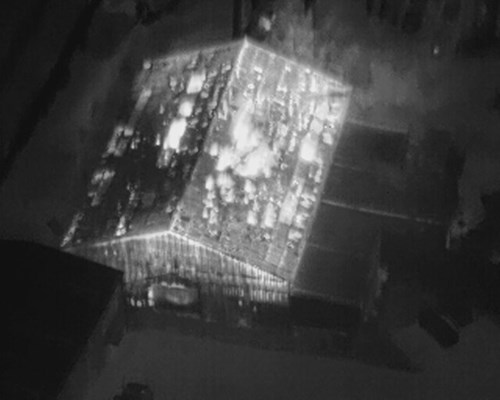 Greater Manchester Fire Crews have been battling a blaze at an Industrial Unit in Bredbury overnight.

The fire on Lingard Lane broke out around 3.00am

Group Manager Dean Nankivell, who is in charge of the incident, said: “Crews from six stations from across Greater Manchester remain at the scene of this fire and we will be here for some time.

“We are battling the blaze both from ground level and from above using a hydraulic platform.

“The weather conditions are poor. While the rain might aid us in fighting the flames, the high wind speed means billowing smoke is drifting from the scene and over neighbouring domestic and commercial properties on Lingard Lane and Ashton Road. We are asking local residents to keep the doors and windows of their houses closed for the time being.

“The better news is that the wind direction is blowing smoke away from the nearby junctions 25, 26 and 27 of the M60 motorway as we approach rush-hour.”

Lingard Lane remains the only road closed in the area as a result of this incident and the railway line linking nearby Bredbury and Brinnington stations is unaffected.