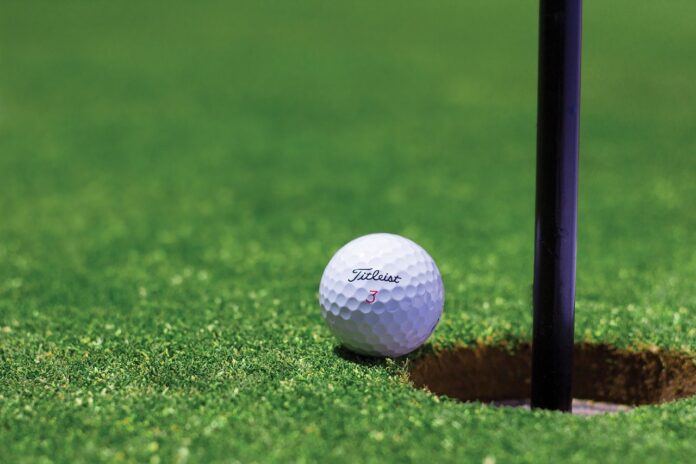 TONY FINAU aims to bury some of the memories of Paris back in 2018 when he lines up in the Ryder Cup at Whistling Straits.

The man from Utah was a shoe-in for the team before skipper Steve Stricker confirmed his final selections, the 31-year-old joining the five other captain picks to participate in his second Ryder Cup.

But despite impressing personally, Finau was part of a team that were well and truly thrashed 17½-10½ on the outskirts of the French capital three years ago, and revenge is certainly on the agenda for everyone involved with the US team, reports aboutmanchester.co.uk.

But they face a big task to wrestle the trophy back from the Europeans who have dominated over recent years, winning nine of the last 12 competitions dating back to 1995.

Despite a lack of sustained success in the last four decades, the gambling firms have the US as hot favorites to reclaim the trophy, offering odds of 4/7 (-175) for a home win – bet $7 and if the US triumph you win $4. Holders Europe are available at odds as long as 9/4 (+225) to win in Wisconsin. The betting sites as always will offer special promos during this event. When betting on a favorite, use the offer code for bet365 UK to receive a bonus.

But Finau showed at Paris in 2018 that he thrives in the white-hot atmosphere of a Ryder Cup, with a record of two wins and a draw in his three games, including thrashing Tommy Fleetwood 6&4 in the singles. Unfortunately, his efforts didn’t stop the US suffering a drubbing, and while Finau can look back with pride on his own efforts, the sight of the Europeans celebrating in France still irks him.

“I’m honoured to join this team. I can draw back on some of the wins I had in Paris and will draw from those experiences to help bring the cup back to the US,” said Finau, who was one of Stricker’s six picks along with Xander Schauffele, Jordan Spieth, Harris English, Daniel Berger and Scottie Scheffler.

“It was kind of a salty feeling watching them celebrate on the green right in front of us. But we have an opportunity to return the favour this year and we hope to be able to do that with this squad.” BBC Sport

Finau has enjoyed an excellent couple of months, picking up his first tournament win for five years as he claimed the Northern Trust title in August, beating Cameron Smith in a play-off at the Liberty National Course. But it would be lazy and wrong to think he has struggled since his Puerto Rico Open success in 2016, with eight runners-up spots and 40 top-ten finishes, and his form has rightly earned him a place in the team.

Many golf pundits thought Patrick Reed may get a call-up, especially as he boasts a 7-3-2 record in the competition, earning him the moniker of ‘Captain America’. But a recent bout of pneumonia that saw him hospitalized looks to have hindered his chances, skipper Stricker instead opting to blood Scottie Scheffler at Whistling Straits.

And it’s not just Ryder Cup payback on the menu, with the players keen to avenge the US women’s team who were beaten by the Europeans in the recent Solheim Cup.