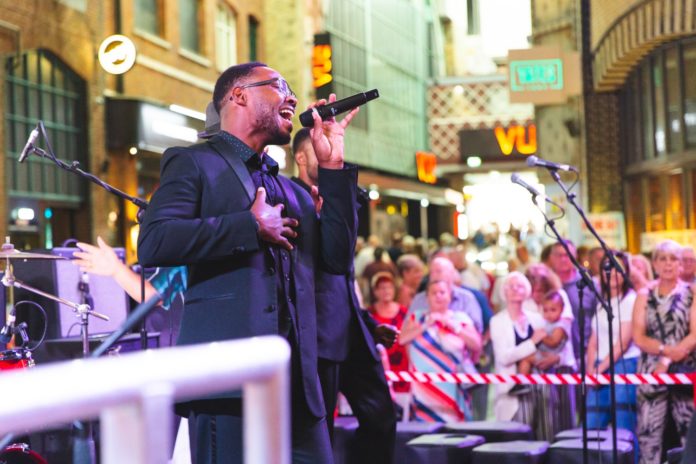 The UK’s largest Manchester Soul Festival, which takes place at Printworks each year, has raised over £23,000 for The Christie, taking the total raised over the last five years to more than £120,000.

Over 30,000 excited Soul, Northern and Motown music fans visited Manchester’s best-loved entertainment complex over the August Bank Holiday weekend to see an array of live bands, solo-artists and DJs from across the UK.

Fred Booth, Centre Director of Printworks, said: “This year’s Manchester Soul Festival was a great success and saw more than £23,000 raised with Soul fans passing through Printworks to watch the lineup of the UK’s best soul bands, artists and DJs.

“With Northern Soul very much having its roots in the North West, we were delighted to once again play host to the annual celebration of everything Soul!

“The festival was set up originally by renowned DJ and Manchester Soul legend, Frank Byrne, who created the festival in thanks to The Christie for taking care of him as he battled with oesophageal cancer.

“Having raised more than £100,000 over the last four years, we were absolutely delighted to raise an additional £23,000+ this year – and the donations are still rolling in!”

Artists taking to the Frank Byrne stage in the Pump Yard included Stax of Soul, The Soul Temptations and Rumble Fat Band, while Printworks’ venues, including Walkabout, Waxy O’Connors, Yates’, NY By Night, Bierkeller and the world-famous Hard Rock Cafe hosted over 40 acts including Dave Starr and Fay L Jones.

Alice is working and learning on the frontline during the pandemic