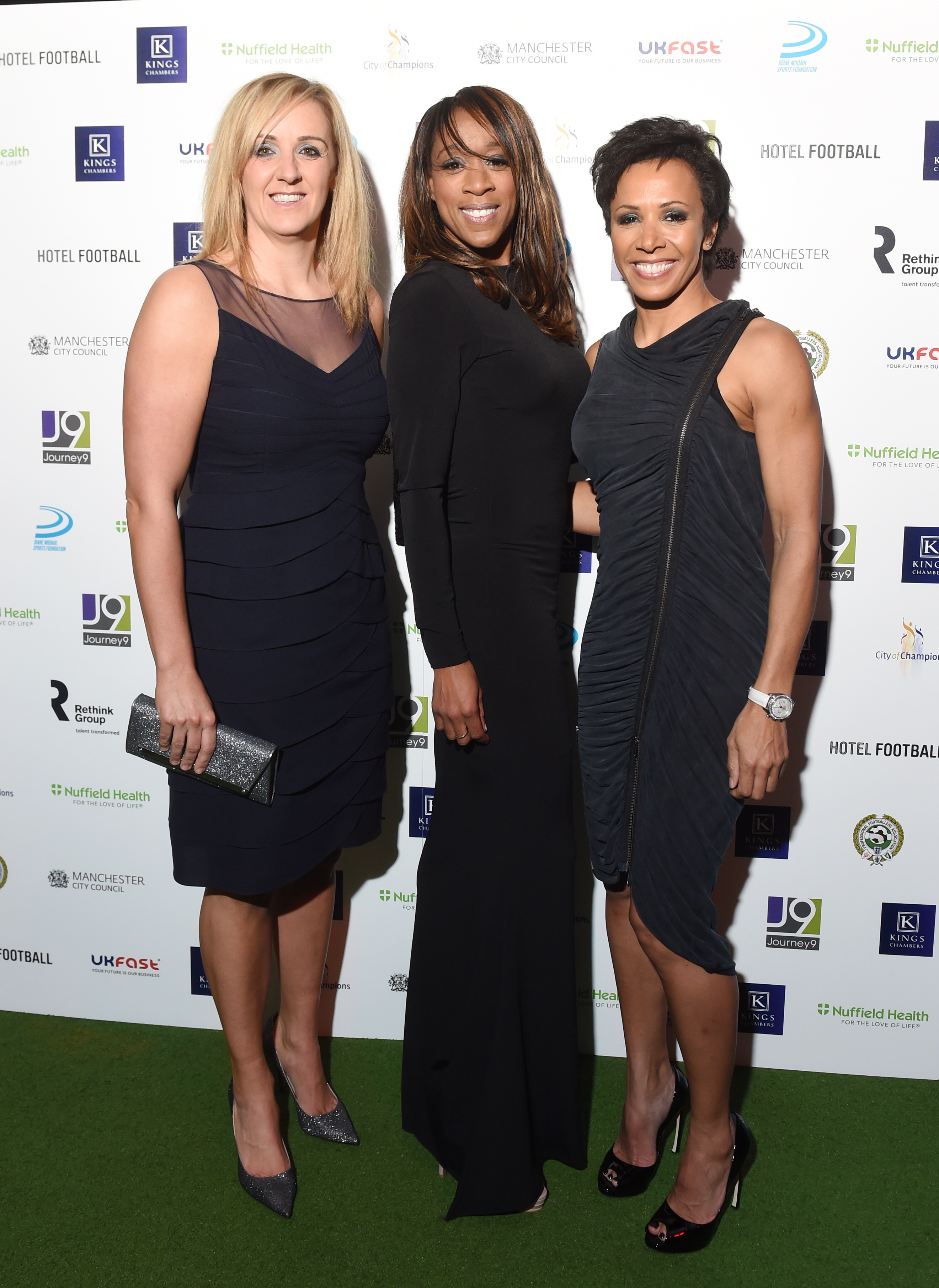 A Prestigious City of Champions 2016, held on Saturday night at Hotel Football, certainly secured a gold medal as far as charity events go.
Flawlessly compered by BBC Presenter, Dan Walker, a whole host of well-known sports stars, faces from the small screen and influential business figures, enjoyed an evening together in aid of the Diane Modahl Sports Foundation (DMSF) – founded by the former Olympian Diane Modahl which gives young people, mainly from disadvantaged areas, access to world class coaching, coaches and mentoring, with the aim of creating further champions of the future, whether they be in the arena of sport, business, culture, politics or any other.
The star-studded gala celebrated the inductions of double gold Olympic medallist Dame Kelly Holmes and England Netball Coach Tracey Neville MBE into the Hall of Fame in Manchester – and in a surprise twist Diane Modahl herself was inducted following a campaign by her daughter Imani to honour her mum’s achievements.

Diane said: “I’m delighted with the success of tonight’s event, the shock of the surprise induction aside!

“I would like to thank everyone who attended and got involved, for the support they’ve given to the foundation. So many of the sporting and business ambassadors spoke passionately about our work and the impact we have made on the lives of young people. They understood just how important their continued support to the foundation is. We simply cannot sustain the charity and embed the values of the DMSF across the community without their support. There is no doubt that the city of Manchester is saturated with talented young people – all of whom are desperate for opportunities to develop their skills, resilience and to be given a chance to succeed. Yet for every young person we reach, thousands are still being missed.

“What was particularly special about the night was the induction of both Dame Kelly Holmes and Tracey Neville MBE – who shared their personal stories of commitment, focus and discipline to achieve at the highest levels in any walk of life. Our DMSF youngsters haven’t stopped talking about how inspired they are. Highlight of the night for me was 12 year old Ben’s story, a young man who has been a participant in DMSF for 18 months demonstrating focus and a willingness to be the best that he can be. He said, “Since joining DMSF everyone wants to be just like me”.

“We’re still waiting for the final figure to be verified, but the auction and raffle went down an absolute storm. Thank you also to former Busby Babe and DMSF Founder Patron Harold Riley, for his donation of a very rare item – meaningfully appropriate as it’s the 58th anniversary of the Munich Disaster. Made in Florence by Giovanni Giannini, Harold donated an original limited edition numbered book signed by Harold and by Sir Alex Ferguson, celebrating Manchester United’s great European Cup win in Barcelona in 1999. Harold completed all the drawings during the match and coloured them back in his studio. I’m not sure if I can reveal the new owner just yet, or the price they paid – but I can tell you bids started at £5000.”

In addition to the sporting line-up, a whole host of famous faces from the small screen supported the foundation including former coronation street star Scott Wright and sports presenter Hugh Ferris.
Diane continued: “Our main aim of the gala dinner was to raise as much as we possibly could for the young people of Greater Manchester who need to be given a chance to learn, to grow, to thrive. High quality physical education really matters. It not only underpins the physical and emotional well being of young people. It underpins their ability to achieve in life. Our organisation is committed to ensuring that young people have access to opportunities to realise their potential in sport, in school and in life.

Previous City of Champions events have celebrated inductions of the most decorated Olympic cyclist of all time Sir Chris Hoy, Premiership and England footballer Rio Ferdinand and Mike Summerbee – the Manchester City legend who made over 400 appearances for his club. Leaders of Manchester City Council have also been past recipients including Sir Howard Bernstein and Sir Richard Leese.

Two more in court over murder of Luke Graham