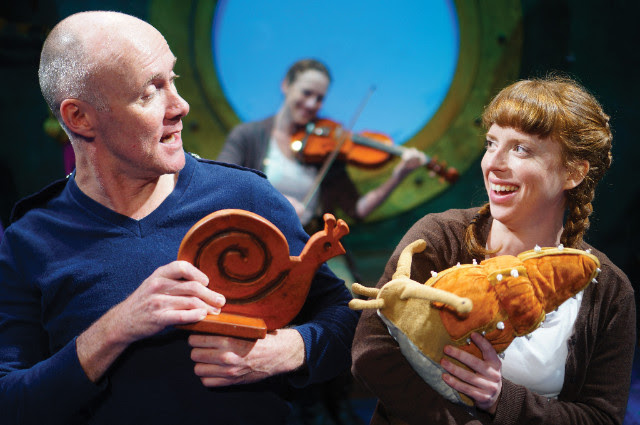 Greater Manchester families can join a tiny snail on her trip around the world when ‘The Snail and the Whale‘ comes to The Lowry stage Wed 30 May – Sun 3 June.

The Tall Stories magical musical production is inspired by the fantastic bestselling picture book ‘The Snail and the Whale’ by Julia Donaldson and Axel Scheffler, published by Macmillan Children’s Books.

The visit to Salford coincides with the 15th anniversary of the publication of ‘The Snail and the Whale’ which is also being marked with a special edition of the book.

A tiny snail longs to see the world, so she hitches a lift on the tail of a humpback whale. Together they go on an amazing journey, experiencing sharks and penguins, icebergs and volcanoes. But when the whale gets beached, how will the tiny snail save him?

Tall Stories’ production is influenced by the work of Storybook Soldiers, who help British military personnel serving abroad to record bedtime story CDs for their children back home.

Storytelling, live music and lots of laughs, in a show for everyone aged 4 and up. 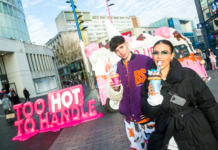 Keep the kids entertained this half term at the Great Northern

Rainbows and sunbeams at the free family Sun Playground this August

Scruff-a-Luv Treasure Hunt at the Arndale