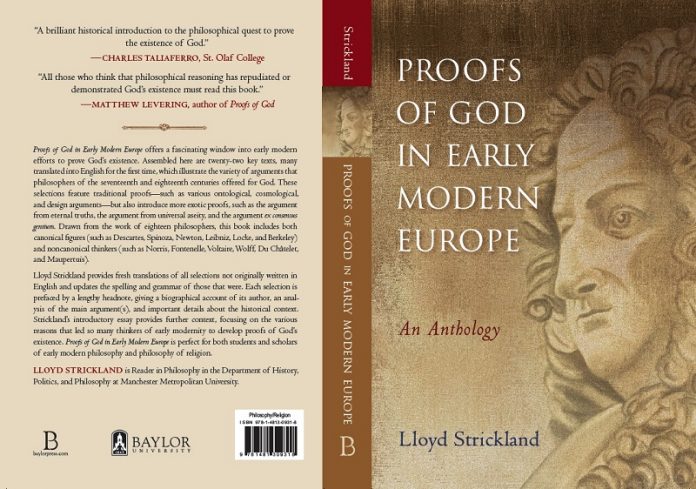 Asserting that atheist logic actually proves the existence of God is one of the forgotten, unusual and radical theories revealed in a new book about how philosophers have grappled with humanity’s greatest question.

Proofs of God in Early Modern Europe, written by Dr Lloyd Strickland, Professor of Philosophy and Intellectual History at Manchester Metropolitan University, brings to life some of the most influential and colourful arguments for God’s existence from the golden theological and philosophical age of the 17-18th century.

The new book explains the ideas of well-known thinkers such as Descartes, Locke and Leibniz to show how philosophers attempted to establish the existence of a superior being in the ‘age of reason’.

The efforts of 17th and 18th century philosophers to prove the existence of God are so fascinating and ingenious that they deserved to be the focus of a book of their own.

Yet it also showcases remarkable theories from largely unknown thinkers from the period – including an iconoclastic French philosopher who argued that the principles of atheism actually proved the existence of God.

Andre-Pierre Le Guay de Prémontval claimed that if atheists believe that all existing beings are uncreated and exist necessarily, then all possible beings must also exist necessarily – including an omnipotent God.

Dr Lloyd Strickland, who is himself an agnostic, said: “The efforts of 17th and 18th century philosophers to prove the existence of God are so fascinating and ingenious that they deserved to be the focus of a book of their own.

“When modern day atheists like Richard Dawkins attack proofs of God’s existence they tend to focus on one or two kinds and dismiss them very quickly, which can give the impression that the existence of God rests on a handful of unsophisticated proofs. But this book shows not just the sheer range of proofs that were developed but also the sophisticated argumentation to be found in many of them.”

Some of the other ideas unveiled in the book include that of Anglican bishop George Berkeley who argued that light and colour constitute a “visual language” from which we could infer the existence of a divine mind that created it.

Another is the theory of Bossuet, a Catholic bishop, and Anglican rector John Norris who argued that eternal truths such as 2+2=4 are neither created by the human mind nor grounded in the existence of any concrete objects, as they would remain true irrespective of whether any humans or objects existed. But, as these truths cannot exist by themselves, then they must be grounded in something as eternal as themselves, such as God.

Dr Strickland explains the mass proliferation of proofs in the 17-18th century was in part a response to the fear of atheism yet in fact ended up fuelling the very atheism it was designed to prevent, as those who developed these proofs often sought to reject the proofs of others, and in so doing laid the foundation for atheism, which continued to grow over the next two centuries. 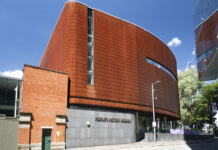 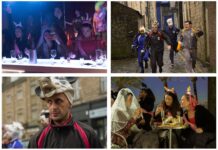 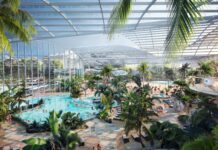 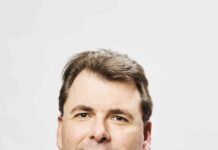 ACT, the latest exhibition from visual artist Joe Simpson, is coming to Stockport