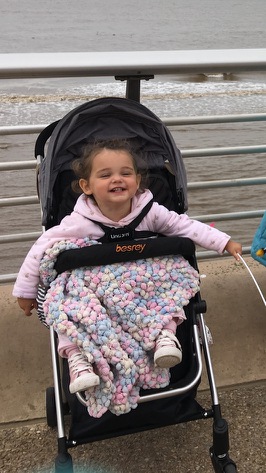 The mother of a toddler who died in Wythenshawe has paid tribute to her.

Police were called by the ambulance service to Somerton Avenue to reports that a 22-month-old girl was having a medical episode on Sunday afternoon.

The girl, who has since been formally identified as Ella-Rose Clover, was taken to hospital but despite the best efforts of medics she sadly died.

A post mortem revealed Ella had unexplained injuries and detectives have now launched an investigation into her death.

A man, aged 28, and a woman, 34, who were arrested on suspicion of murder remain in custody for questioning.

Paying tribute to her, Ella-Rose’s mum, Pagan Clover said: “Mine, my family and friend’s world has been torn apart by the loss of our beautiful Ella-Rose.

“Ella was the funniest, cheekiest and most lovable little girl and none of our lives will ever be the same again.

“We are broken beyond words and would ask that our privacy is respected at this most difficult time and we are allowed to grieve in peace.”

Report into child sexual exploitation in Oldham is delayed-again