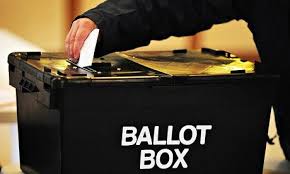 The Labour Party have taken overall control of Trafford Council while in Stockport, both the Lib Dem’s and Labour are tied on the same number of seats.

It’s a been a night of vote counting across Greater Manchester with nine of the ten local authorities declaring their results, Manchester Council count today.

The big stories are in Trafford and Stockport,Labour taking overall control in the former while in Stockport finds its keg tied neck and neck with the Lin Dems.

The Tories all nine wards they were defending with six seats going to Labour to give the party overall control of the for the first time since 2003.

Sir Graham Brady, Conservative MP for Altrincham and Sale West, said that “dissatisfaction with the national scene was massively at play”.

In Stockport, it could well be all change after both Labour and the Lib Dems finished neck and neck on 26 wards each and the next annual council meeting will decide which party will run the local authority.

Labour and the Conservatives both lost one seat overall while the Liberal Democrats and Independents each gained one.

In Oldham the composition of the new council stands at Labour 45 Liberal Democrats, Conservative 4 and Independent 3, the biggest shock coming in Failsworth East where Labour’s education spokesman lost to an Independent candidate.

Nationwide  the Conservatives are down by over 500 councillors compared with 2015, while Labour has lost over 70 seats but the The Liberal Democrats have so far gained over 300 councillors, the party’s biggest gain since 1995.

DR BEN Williams, Lecturer in Politics and Political Theory at the University of Salford, comments as local election results show both Conservative and Labour losing councillors across the country.

Dr Williams said: “These results have been a setback for both of the major political parties, with the Conservatives and Labour each suffering losses across various parts of the country.
“Whether these results reflect a longer-term realignment of politics is however more debateable, but this may become more apparent if and when the European elections take place later this month. What is certain is that they are poor for Theresa May and the Conservatives, but this was not unexpected in its mid-term of office amidst the Brexit crisis and ongoing sense of drift.
“However, they were not particularly good for Jeremy Corbyn and Labour, which as a potential alternative government should arguably be doing much better at this stage of a parliamentary cycle while facing an administration with so many problems. Such results may therefore increase the scrutiny and focus on both May and Corbyn’s performances in leading their parties in the weeks and months ahead.
“Despite the local nature of these elections, the national issue of Brexit may well have been a decisive factor, with the political system gripped by a sense of deadlock, and the main parties suffering because each is clearly divided and don’t appear to have a clear position on the most crucial political issue of the day.
“By contrast, smaller parties seem to have prospered, with notable gains for the Liberal Democrats, Greens and independents. This is partly because when these council seats were last fought in 2015, on the day of the general election, when the Conservatives in particular did well and were returned to power. In the same context, in 2015 the Liberal Democrats suffered some dreadful results coming out of the coalition government and are now slowly recovering. Turnout remained about average for local elections and did not plummet due to Brexit apathy as some commentators predicted may happen.”

Expansion plans set to double the size of Media City