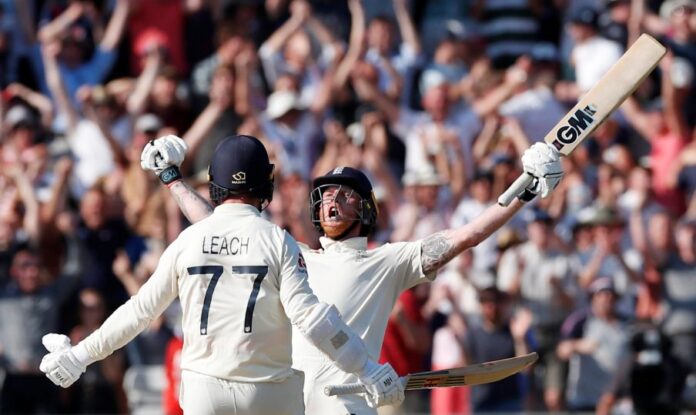 The England Men’s Test series against the West Indies will honour heroic cricketing key workers and be named the #raisethebat Test Series.

Marking the return of international cricket, the three-Test series taking place behind-closed-doors will honour and celebrate heroes within the cricket family.

On day one of the first Test (Wednesday 8 July), the England Men’s players will pay tribute to cricket’s heroes by wearing the names of key workers on their training shirts before the start of the match – shining a light on their bravery and sacrifice as fans watch live from home.

The people named on the shirts have all been nominated by their local cricket clubs and include teachers, doctors, nurses, carers, social workers and other vital professions. Their stories will be amplified across the ECB’s digital platforms.

The shirts will feature the names of people like Dr Vikas Kumar, a Specialist in Anaesthetics and Critical Care at Darlington Memorial Hospital, who has been working on the frontline throughout the pandemic while also taking care of a young family at home. In his spare time, Vikas is a keen cricketer playing at Cowgate Cricket Club in Newcastle and the Gilli Boys Amateur Club in Darlington.

Emily Blakemore, a nurse, will also feature on a shirt. She has been working in a hospital looking after COVID-19 patients. As well as providing vital support to those most in need, she is a dedicated player for Astwood Bank Cricket Club where she also volunteers in the junior section, inspiring the next generation of cricketers. Those who know her say she’s a huge role model to all, always staying positive despite working in very tough circumstances.

Commenting, England Men’s Test captain Joe Root said: “We’ve waited a long time for this moment, and we wouldn’t be here without the West Indies – we are so grateful to them for making the tour happen. As we get back to playing the game we love, we want to take the time to honour the brave key workers who went into bat for their country under the toughest circumstances. It’s only fitting that we use this series as an opportunity to ‘raise a bat’ in their honour. We’ll wear their names with pride.”