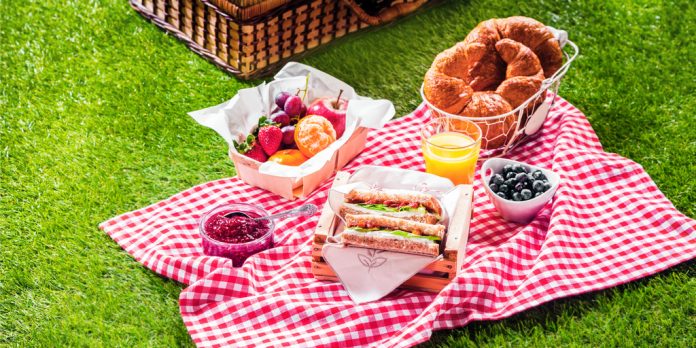 FSA launches ‘Safe Summer Food’ guide as picnickers in North West head out in the sun.

Over 1.6 million people in the North West plan to get out into the great outdoors for a picnic this summer but al fresco dining doesn’t come without worry for some.

That’s according to a snapshot survey from the Food Standards Agency (FSA) which shows that almost a fifth of people in the North West are concerned about picnic food hygiene.

The FSA’s snapshot survey showed that North West picnickers could be putting themselves at risk by leaving their food out for longer than the recommended two hours , carrying food to picnics in containers such as plastic bags and picnic baskets , rather than the recommended cool boxes; and, putting picnic leftovers back in the fridge or using them for a meal the next day , regardless of how long they have been left out.

To help everyone enjoy their summer picnics without worry the Food Standards Agency (FSA) has provided these easy tips to keep your family safe:

Clean up first – Rinse fresh fruits (including those with rinds) and vegetables under running tap water before packing them in the cool box.

Keep cold food cold – place cold food in a cool box with ice or frozen gel packs. Cold food should be stored at 5 °C or below to prevent bacterial growth.

Organise your cool box – pack drinks in one cool box and perishable foods in another. If using freezer packs (frozen drinks work well for this purpose), distribute them throughout the box – not all at the bottom!

Keep your cool box closed – once at the picnic site, limit the number of times the cool box is opened as much as you can. This helps to keep the contents cold for longer.

Pack away your picnic – once you’ve served it, dishes should not sit out for longer than two hours, or one hour if it’s very hot outside. After this, the risk of bacteria increases and it becomes unsafe to eat, so best to throw it away when you get home.

Pack away food so that your guests are not tempted to nibble later. To waste less, pre-plan portion sizes according to the size of your party and only pack what you need.

Heather Hancock, Chair of the FSA Board said:

“When you’re at a picnic this summer, remember that keeping food cool is an important defence against people getting food poisoning. Generally, the cooler the temperature the slower germs will grow. That’s why paying attention to how food is stored and transported is especially important in the warm summer months.”

The FSA’s recently published Food & You survey highlights a lack of knowledge from some people around food safety which may be putting themselves and their families at risk. For example, whilst 58% of people in the North West check their fridge temperature, half (49%) don’t know that a fridge should be kept between 0°C and 5°C. A third (33%) of people in the North West do not always check use-by dates before cooking or preparing food. That’s why the focus of this year’s Food Safety Week (19-25 June 2017) on ‘Safe Summer Food’ so everyone can enjoy their time in the sun.