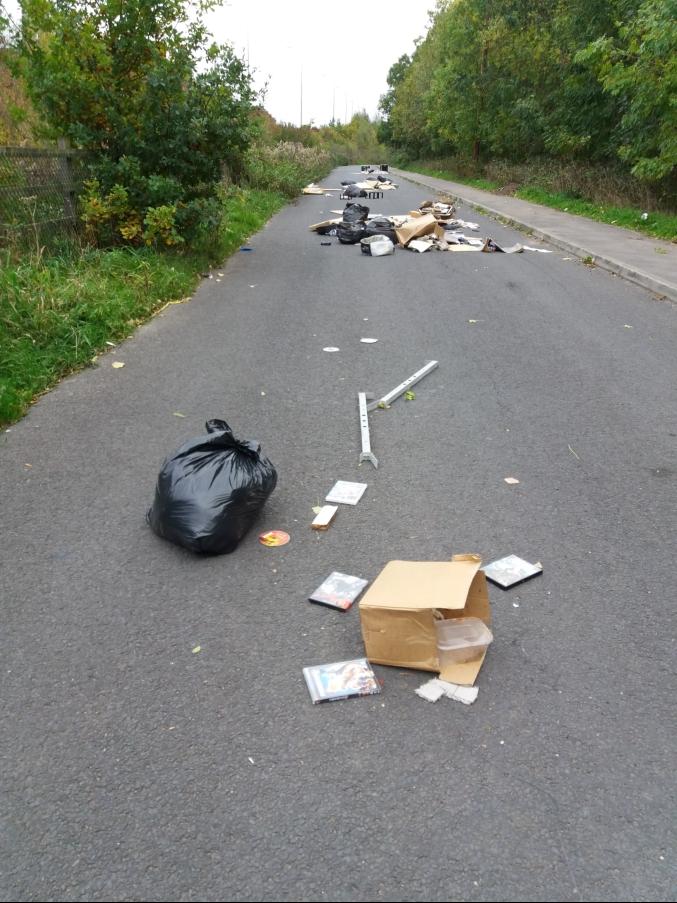 A fly-tipper who thought illegally dumping waste was “easy money” has been ordered to pay more than £1,000 and carry out 60 hours of unpaid work, following an investigation by Manchester City Council.

Jordan Hargreaves, 26, of Sale Road, Northenden, was tracked down by officers who discovered fly-tipped waste on two separate occasions in the Northenden area in October and November 2018.

On each occasion, evidence was found within the waste which linked it to residential addresses.  When investigating officers contacted the residents involved, they were advised that Hargreaves, advertising as ‘Northwest Removals’ on social media, had collected the waste from them and charged a fee in the range of £40 – £50 to remove and dispose of it on their behalf.

After the residents in question agreed to provide witness statements to confirm their accounts, investigators from the council’s Environmental Crimes team were able to track Hargreaves down.

When interviewed under caution, Hargreaves admitted to collecting the waste, stating that he had advertised waste collection services on social media and that he believed this was a way of making ‘easy money’.

During the interview, Hargreaves admitted that he did not have a waste carrier’s license and that waste he had previously collected had been burned.

In an advertisement posted to Facebook and in private messages between Hargreaves and the residents involved, it was claimed that Northwest Removals were licensed waste carriers, but Hargreaves admitted during the interview that this was false.

Hargreaves was sentenced at Tameside Magistrates Court on 23 November 2020.  He was handed a 12-month Community Order with 60 hours unpaid work and ordered to pay court costs of £1,000, plus a victim surcharge of £85 – a total penalty of £1,085.

Also on 23 November at Tameside Magistrates’ Court, a Trafford Park firm was ordered to pay £680 for a fly-tipping offence committed in the Old Moat area of Manchester.

Automet Limited, of Richmond Road, Stretford, was prosecuted after a resident of Mauldeth Road West witnessed a man dumping bedding items in an alleyway from a black Range Rover, which was traced back to the company by the council’s Environmental Crimes team.

After pleading guilty to being in control of the vehicle which was used to commit the offence, Automet Ltd was fined £100 and ordered to pay £500 in costs, plus an £80 victim surcharge.