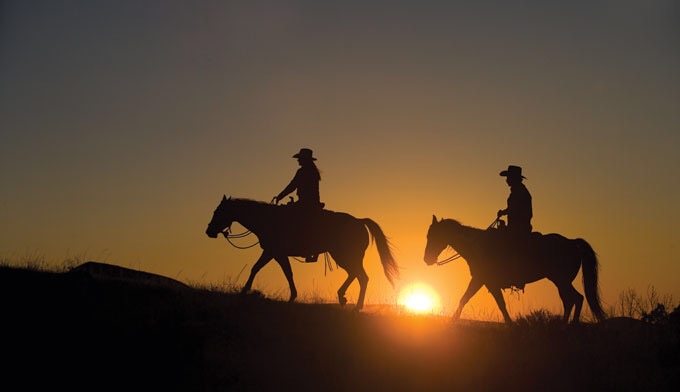 A NEW fashion research project will go back in time to the days of the “dude ranchers” to discover how women of the 1920s and 30s dressed in the Wild West.

Prof Alison Goodrum, from the Department of Apparel at Manchester Metropolitan University, is currently in Los Angeles, scouring advertising brochures, trade catalogues and photographs at the Autry National Center of the American West.

She is hoping to put together the first real picture of how women dressed informally on their “dude ranch” vacations.

Alison will also be looking at the idea that women on these ranch vacations took part in activities other than the equestrianism with which they are traditionally associated – and some even used them as a way to prove residency in Nevada in order to gain a “quickie” divorce from an unwanted husband! Contemporary accounts also suggest that women were invited to pack their golf clothes, but advised not to support the shocking new trend of wearing shorts during the daytime.

On her blog, The Style Stakes, Alison writes: “On occasion, dress history projects may be ‘accused’ of dealing with the spectacular, the exclusive and/or the unique. And in the case of riding dress history, scholarly studies have considered (almost without exception) the highly regulated uniforms of formal attire. The casual dress worn for, say, informal hacks and trekking has been overlooked and lost in the historical record: mundane, ordinary and insignificant.

“The Buckskin and Ballgowns project responds to this scholarly oversight, taking the dude ranch vacation of the 1920s and 1930s as a site (on the face of it) of informal dress, where the strict codes of East Coast riding did not apply – or, at least, were disrupted and reinvented.

“The popularity of vacationing at dude ranches ‘Out West’ during the 1920s and 1930s brought forth a combination of unusual sartorial challenges for female tourists. These challenges present a rich opportunity for original research on the material culture of the West: one that the Buckskin and Ballgowns project seeks to fulfill.

The project is supported by a Viva Foundation Fellowship, which will allow Alison to spend a month at the archives.

How Does Manchester Compare To Other Cities in The UK?