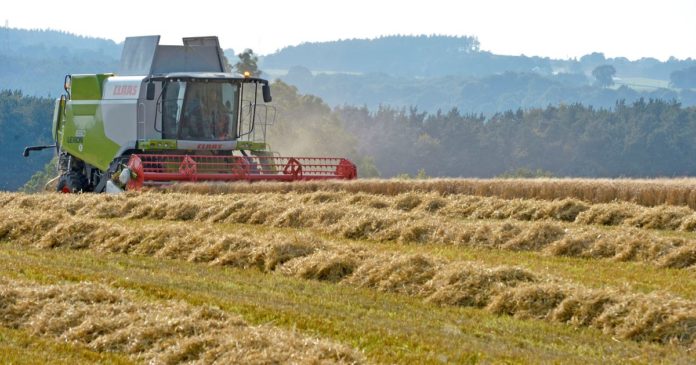 The North West was the most affected region due mostly to the large moorland fires, with costs reaching nearly £7m.

Claims statistics for the 2018 harvest period* revealed today by leading rural insurer NFU Mutual, expose the extent of fire devastation caused by the hot summer and early harvest for UK farmers, threatening the lives of farmers and livestock.

July was a particularly tough month for farmers, during which fire costs erupted to almost £13m – a staggering increase of more than 137% on the previous year. The North West and South East regions of England were hardest hit. Serious moorland fires in Lancashire during June were responsible for a large proportion of the North West claims cost.

Tim Price, NFU Mutual Rural Affairs Specialist, said: “Fire remains one of the greatest hazards on the nation’s farms. We normally see claims peaking in August and September, but this year saw a sharp increase in claims during June and July. This was due to the exceptionally hot dry summer which brought harvesting forward by almost a month and resulted in tinder dry crops and overheating of combines, balers, and other harvesting machinery.”

The most common cause of farm fires during the 2018 harvest period – responsible for almost half of NFU Mutual’s claims – were electrical and mechanical fires, many of which started in vehicles such as balers, combine harvesters and tractors due to the scorching weather providing the perfect environment for overheating.

The second most common cause of fire was spread from elsewhere – such as a barn or homestead, followed in third place by arson.

Tim continued: “The scale of these claims shows how important it is to take all possible steps to prevent fires breaking out, and to have clear plans to evacuate people and livestock safely in the event of a fire. Also, it’s vital to make sure you have the right sort of fire extinguishers maintained in good order so you can fight small fires safely.”