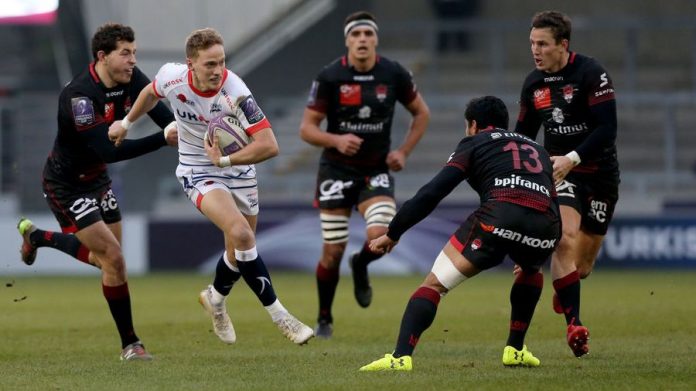 Sale Sharks director of rugby Steve Diamond hailed the impact of his exciting group of young players in the wake of Saturday’s impressive 15-13 European Challenge Cup win over Lyon.

Pitted against a virtual full-strength Lyon side, a Sharks outfit containing eight changes from the team which beat Harlequins last weekend produced a performance full of grit, determination and skill.

Tries from Andrei Ostrikov and Josh Beaumont allied to a penalty and conversion from Will Cliff were enough to secure the Sharks’ sixth win from their last eight games.
And the Sale boss was full of praise for his crop of young players who more than took the fight to the big-spending French opposition.

Sharks fall despite gallant second half come back