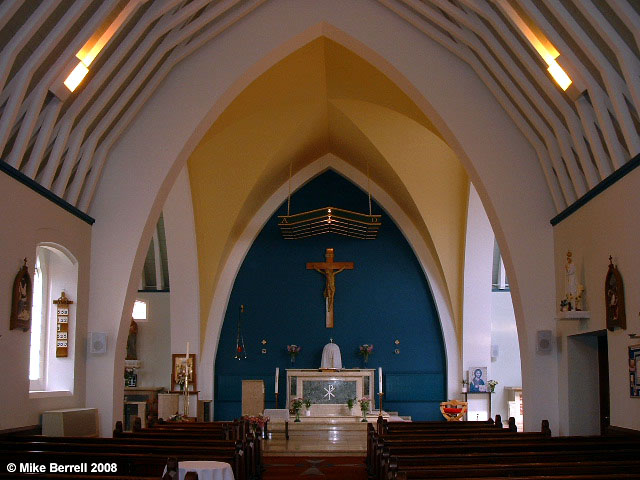 Police are appealing for witnesses after devil masked thieves broke into a church, locked a priest in a cupboard and stole the contents of the church charity box in the early hours of yesterday morning.

Police were called after two men broke into the priest’s living quarters of St Joseph’s Church on Gorton Road in Reddish.

The two men smashed through the glass door of the living quarters and forced their way into a priest’s bedroom before threatening him with a screwdriver and robbing him. They stole personal belongings from him then forced him to take them to the place where the church donations were kept.

Once they had been shown where they were, the men locked him in a cupboard before stealing cash, an Apple iMac, an iPhone and a watch.

Two other priests hid in their rooms after hearing what was going on can managed to call the police. The offenders heard the police car and made off down Lingard Street as officers arrived.

The men were both white, one was wearing a red devil mask, gloves and had brown/ginger hair which could also have been a wig. The other man was around 5ft7 tall and wearing a black balaclava and armed with a screwdriver.

Detective Constable Andrew Budsworth from GMP’s Stockport Borough said: “This was a terrifying robbery where the offenders really are the lowest of the low. They knew that they were intending on stealing money that had been donated to charity.

“The victims were left incredibly shaken by their ordeal and we are doing all that we can to help them through it and get them the justice they deserve.

“We are appealing for anyone who knows who these men could be or saw anyone acting suspiciously in the early hours of Tuesday morning, to get in touch with police as soon as possible.”

17 year old arrested after police confronted with weapon in Rochdale