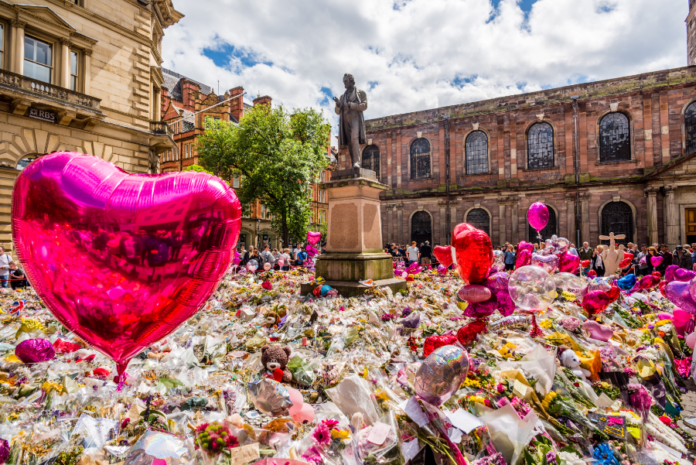 Designers have been appointed to produce the memorial for the 22 May 2017 Manchester Arena attack.

Manchester Memorial Advisory Group, the independent body of civic and business leaders set up to advise on the decision, have chosen to appoint BCA Landscape and Smiling Wolf. Their concept Glade of Light – A Living Memorial, was the most popular design overall with the families and scored highest in the technical appraisal.

The Glade of Light is a grove of native trees, illuminated at night with a multitude of tiny lights described as being like “a field of stars.” Within the tranquil garden-like space will be other planting and 22 memory pools with the names of those killed in the attack and personalised messages from their friends and families.

The design team will now begin more detailed design work around the concept, with families continuing to be engaged as it takes further shape. Timescales for its design and creation are to be agreed.

Prof Malcolm Press, chair of the Manchester Memorial Advisory Group and Vice-Chancellor of Manchester Metropolitan University, said: “We have said throughout that we want to create a fitting and lasting tribute. First and foremost this is about the emotional side of the memorial and ensuring that it fulfils its role as a place of loving remembrance and contemplation. We’ve also had to consider more practical aspects, ensuring it can be properly maintained and will be created to the highest standards.

“We believe of all the tenders, BCA Landscape and Smiling Wolf’s was the one which best responded to this brief, while recognising the importance of ongoing engagement with the families.”