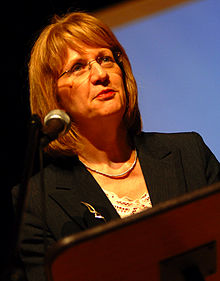 We need to up the pace of criminal justice reform if we are truly to turn the tide of intergenerational criminality, the Deputy Mayor of Greater Manchester told  an international conference in Manchester last week.

Bev Hughes delivered the call in a speech at the ‘Keeping Children Connected’ conference, organised by Partners of Prisoners and Families Support Group (POPS) and Children of Prisoners Europe (COPE).

Speaking about the importance of putting the voices of children of prisoners and their families at the heart of reform, the Deputy Mayor challenged the Government to accelerate prison reform and take action to ensure young offenders are placed in institutions that are closer to their community and provide a secure education.

“Family ties and support are critical to rehabilitation and that is why we are committed to bringing our young offenders closer to home. There is a challenge here to Government. Although we may agree with the principles of a secure school approach being advocated by Government, reform is taking too long and our young people are far away in institutions which struggle to provide a basic regime and education, now. I am determined to challenge this status quo.”

The Deputy Mayor also called for action on behalf of all the current children and future children who through no fault of their own, end up stigmatised, traumatised and penalised when adult family members are imprisoned. She will call for more support to help people be better parents, and better support for families to help offenders to rehabilitate and resettle once released.

“Children of prisoners are so often overlooked,” the Deputy Mayor told delegates from across Europe.

“We have approximately 5,000 Greater Manchester residents serving a custodial sentence at any one time, many of whom will be parents. This is too significant an issue to ignore.

“But for many young people whose parents are serving a custodial sentence, and indeed those who are serving sentences themselves, the state has a crucial role as a corporate parent and we need to take that responsibility much more seriously than currently is the norm for children of prisoners.

“It is also the case that many offenders are not equipped with good parenting skills but how often is the ability to parent included in the assessment and interventions with adult offenders. And yet we know that children with a parent in prison are three times more likely to be involved in offending and that two thirds of boys with a convicted father will grow up to offend themselves. The cycle needs to stop.”

Through devolution, Greater Manchester has been leading the way in transforming criminal justice, trailblazing a whole-system approach to reducing women offending and co-commissioning family support services for offenders, their families and friends at HMP Styal, HMP Wymott and HMP Risley – a UK first.

Greater Manchester has also designed a new approach to Out of Court Disposals and a problem-solving court which aims to divert young people from the criminal justice system. Ground-breaking perpetrator programmes for sex offences and domestic abuse, which consider the impact of significant trauma in childhood and how it plays its part in intergenerational offending, are also being tested across the city-region.

“Ultimately – early intervention and prevention is critical – looking at the total system and grasping each opportunity to put children and young people at the heart of reform,” the Deputy Mayor said.

School spending per pupil set to remain below 2009 levels

Impact of family background on children’s education unchanged in a century, research reveals