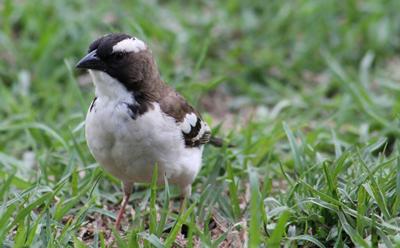 Researchers at the University of Southampton have forecast a worldwide move towards smaller birds and mammals over the next 100 years.

In the future, small, fast-lived, highly-fertile, insect-eating animals, which can thrive in a wide-variety of habitats, will predominate.

These ‘winners’ include rodents, such as dwarf gerbil – and songbirds, such as the white-browed sparrow-weaver.

The researchers predict the average  body mass of mammals specifically will collectively reduce by 25 per cent over the next century.

This decline represents a large, accelerated change when compared with the 14 per cent body size reduction observed in species from 130,000 years ago, the last interglacial period until today.

Rob Cooke, lead author on this work and a postgraduate researcher at the University of Southampton comments:

“By far the biggest threat to birds and mammals is humankind – with habitats being destroyed due to our impact on the planet, such as deforestation, hunting, intensive farming, urbanisation and the effects of global warming.

“The substantial ‘downsizing’ of species which we forecast could incur further negative impacts for the long-term sustainability of ecology and evolution. This downsizing may be happening due to the effects of ecological change but, ironically, with the loss of species which perform unique functions within our global ecosystem, it could also end up as a driver of change too.”

No more gas boilers for home central heating after 2025