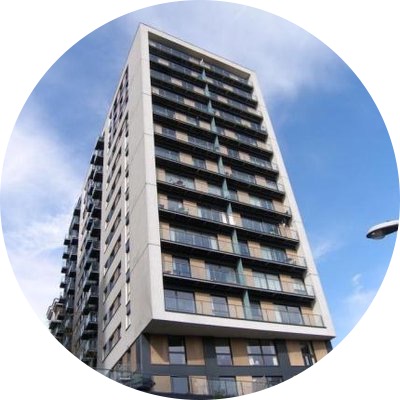 Residents in two Green Quarter City Centre blocks,Cypress Place and Vallea Court received a letter from Pemberstone who currently own the building informing them that a “number of interested parties” would cover the costs of the re-cladding on both buildings.

Writing on twitter, the group that had been set up to fight the decision by the tribunal said:

Absolutely delighted to share the news we’ve been working so hard to receive for over a year. Can’t thank everyone enough for all your help and support to get us here – We still live in dangerous buildings but the lifting of the financial burden is a significant relief #cladding

The letter said: “We appreciate it has taken some time to confirm the details but are pleased to have been able to find a satisfactory resolution.

“We believe that all appropriate measures have been undertaken in relation to fire safety and this will continue to be closely monitored.”

The residents of the two blocks had been asking for the original developed Lendlease to pay for the cost of the cladding removal and have been involved in a running battle since the middle of last year.