Policy makers need to radically reform the private rental sector to make it fit for raising children and retirement because a generation of young people face the prospect of never owning their own home, according to a new report published today by the Resolution Foundation for its Intergenerational Commission.

Home Improvements sets out a blueprint for tackling Britain’s housing crisis, including tax reforms to discourage multiple home ownership and better support home ownership among the young, along with support for councils to get more affordable homes built.

The Foundation argues that more should be done to build homes and support young people’s home ownership aspirations. However, it also warns that policy makers cannot afford to neglect a crucial part of Britain’s ‘here and now’ housing crisis – poor quality and insecurity in the private rented sector (PRS).

Private renting has grown rapidly in recent decades. At age 30, four in ten millennials live in this way, double the rate for generation X and four times that for baby boomers at the same age. This major shift reflects the fact that, compared to their predecessors, millennials’ access to social housing has fallen as fast as their home ownership rates.

As more millennials reach their child-rearing years, the Foundation notes that policy has failed to catch up with the fact that bringing up children in the PRS has now become mainstream. In 2003, the number of children in owner-occupied housing outnumbered those in the PRS by eight to one. That ratio has now fallen to two to one as a record 1.8 million families with children rent privately, up from just 600,000 15 years ago.

The PRS is the least secure and lowest quality tenure – 2-month notice periods are standard, and one in four properties fail the decent homes standard. The fact that many tenants are on 6 or 12 month fixed term contracts also means that the prospect of large rent rises at short notice are a big concern.

The report argues that the sector will continue to be a major feature of housing in Britain for many years to come. Even if home ownership accelerates rapidly millennials will never experience levels the baby boomers have seen.

More pessimistically, if home ownership growth follows the weak pattern of the 2000s, up to half of millennials could be renting (either privately or in the social rented sector) in their 40s, and a third could still be renting by the time they claim their pensions.

This rising share of retiree renters, coupled with an ageing population, could more than double the housing benefit bill for pensioners from £6.3bn today to £16bn by 2060 – highlighting how everyone ultimately pays for failing to tackle Britain’s housing crisis.

In order to improve the housing offer for renters, the Foundation is calling for the introduction of indeterminate tenancies as the sole form of contract in England and Wales, following Scotland’s lead and the practice in Germany, the Netherlands, Sweden and Switzerland.

Fair balancing of the needs of tenants with the rights of landlords is also needed they say. A landlord could remove a tenant that fails to pay the rent or treat the property well, or if they wishes to sell or reoccupy the home, but cannot simply end the tenancy at short notice without good cause.

“Britain’s housing problems have developed into a full-blown crisis over recent decades and young people are bearing the brunt – paying a record share of their income on housing in return for living in smaller, rented accommodation.

“While there have been some steps recently to support housebuilding and first time buyers, up to a third of millennials still face the prospect of renting from cradle to grave.

“If we want to tackle Britain’s ‘here and now’ housing crisis we have to improve conditions for the millions of families living in private rented accommodation. That means raising standards and reducing the risks associating with renting through tenancy reform and light touch rent stabilisation.

“For any housing strategy to be relevant and effective for people of all ages, it must include this combination of support for renters, first time buyers and ultimately a level of housebuilding that matches what the country needs.” 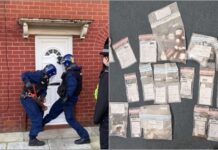